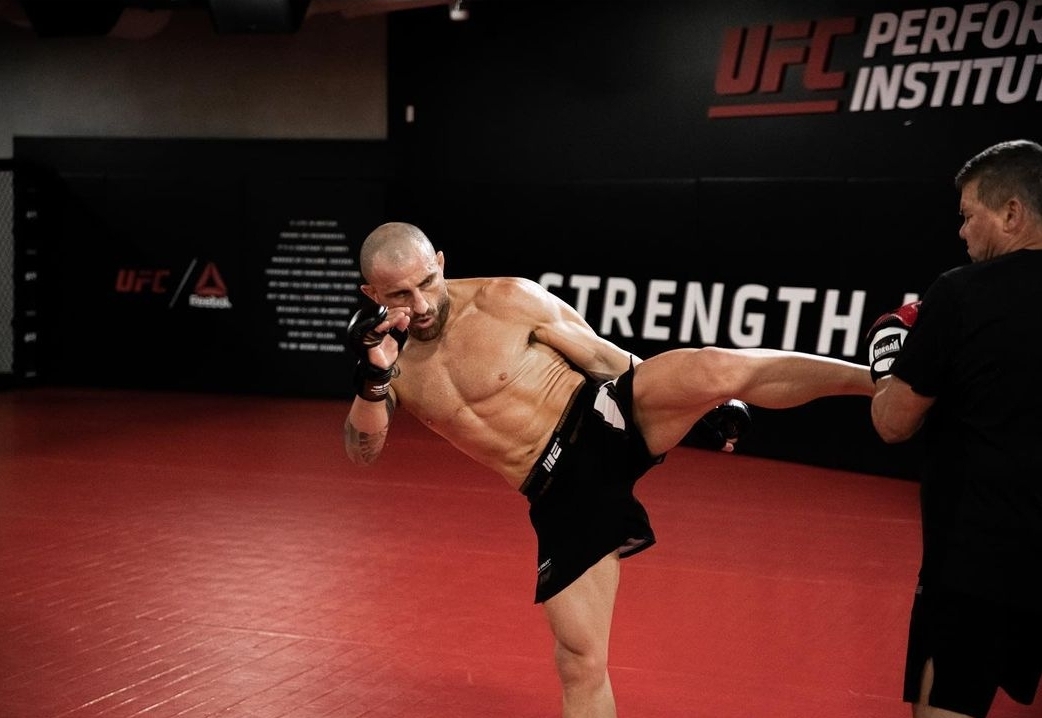 Will Alexander Volkanovski Silence the Critics at UFC 266?

Alexander Volkanovski will attempt the second defense of his UFC featherweight championship when he takes on Brian Ortega in the main event of UFC 266. The bout was originally scheduled to take place at UFC 260 in March, but it was cancelled after Volkanovski contracted COVID-19 during fight week. After the champion had recovered, he and Ortega were chosen to be the head coaches on The Ultimate Fighter: Season 29, and the fight was rescheduled for this Saturday night.

Volkanovski’s first title defense was a rematch with former champ Max Holloway in July 2020. Some coined it to be a controversial split decision win, and the titleholder has become a target for criticism in the MMA community. He will look to silence the critics this weekend.

Heading into his rematch with Holloway at UFC 251, Volkanovski had cultivated a near-perfect UFC career. He had won all eight fights in the Octagon, beating opponents with a technical, yet aggressive, well-rounded style. The Australian delivered a striking masterclass at UFC 245 when he dethroned Holloway for the coveted featherweight strap.

Volkanovski neutralized Holloway in a way that had not been seen since the Hawaii native first captured UFC gold. His accurate, powerful leg kicks caused Holloway problems and forced him to stay in one stance for most of the fight. This was important as Holloway usually switches stances several times. The 32-year-old’s excellent footwork also stopped Holloway from being able to exert his trademark pressure.

The Australian deployed feints to great effect and this prevented Holloway from being able to settle into a rhythm and unload the volume of punches that he is renowned for. One of the most impressive aspects of Volkanovski’s performance was his ability to sustain a high intensity for five rounds. Holloway had built a reputation for being one of the most well-conditioned athletes in MMA yet was unable to overwhelm the Australian in the later rounds in the way he had done to most of his opponents. Volkanovski secured a unanimous decision win on the judges’ scorecards.

In the rematch, Holloway showed up with a drastically different approach. He came out with an upright, square-on stance and made a concerted effort to check kicks. He also threw a lot more kicks himself in comparison to the first fight. These changes seemed to befuddle Volkanovski, and he was getting hit often with clean shots. The champ was dropped in the first and second rounds. Sensing that the contest was getting away from him, he became more aggressive in the third. This round was very close, but Volkanovski did a much better job of landing strikes. Holloway started to slow down slightly in the fourth and the fifth frames. Volkanovski made in-fight adjustments and started to inflict damage on Holloway’s legs with inside leg kicks. Crucially, he was also able to get a couple of takedowns.

Many observers believed that Holloway had won the first three rounds and had done enough to re-claim the title. When Volkanovski was announced as the winner, the consensus amongst the MMA community was that Holloway had been wrongfully denied the victory.

Volkanovski has become a target for criticism ever since then. This seems to be a consequence of having a controversial split-decision win over a well-liked fighter who has a passionate and loyal fanbase. The champion has been accused of being a safe fighter who prioritizes scoring points over inflicting damage. This is a harsh criticism, but he does only have three finishes out of nine fights in the UFC. That seems low compared to the 11 finishes in his previous 14 fights.

The durability of Volkanovski’s recent opponents is something that is often ignored when measuring his ability to finish fights. Holloway has never been knocked out and is widely considered to be one of the toughest fighters in MMA today. Aldo is also a man who has not been easy to put away, and he has only suffered five stoppage losses in 37 pro fights.

The fact that Volkanovski has not promoted himself to a great extent has perhaps stopped him from increasing his profile. Holloway established a fanbase through his relentless fighting style and his penchant for showmanship. He has had many memorable sound bites in interviews that have played a part in him building a connection with the fans. Volkanovski’s transformation from a 214pound rugby player to a 145-pound MMA world champion has been highlighted by the UFC, but doesn’t seem to have helped him connect with the UFC’s North American audience.

Another factor that has contributed to Volkanovski’s lack of popularity is that he has never competed in his home country during his UFC tenure. His fellow countryman Robert Whittaker had a breakout moment when he knocked out Derek Brunson in Australia in Nov. 2016. This significantly enhanced Whittaker’s standing in the MMA world. Unfortunately for Volkanovski, it is unlikely he will get the opportunity to replicate this anytime soon due to the COVID-19 restrictions in Australia.

Volkanovski could take inspiration from UFC welterweight champion Kamaru Usman, who has transformed the perception around himself in the space of a few fights. Following his decision win over Jorge Masvidal at UFC 251, Usman was heavily criticized for having a supposedly boring fighting style. This was in spite of Usman being a champion who was unbeaten in the UFC, much like Volkanovski. His perceived safe game plan against an opponent who took the fight on six days’ notice caused his detractors to voice their displeasure.

Usman started to turn public opinion in his favor following his next contest, when he knocked out Gilbert Burns. This was an entertaining bout that showed the Nigeria-born fighter had the ability to secure finishes against elite opponents. While this fight helped make Usman a more respected champion, many people’s view of him did not change until after his next bout.

Usman took on Masvidal in a rematch just two months after he had overcome Burns. The 34-year-old proceeded to deliver a devastating knockout of Masvidal in the second round, which shocked the MMA world. Many fans and analysts expected Usman to win based on how the first bout had played out, but few predicted that he would finish a man who at that point had been knocked out just once in 49 professional fights. In the aftermath, Usman started to receive more recognition in the mainstream media than he had ever done and also gained many supporters.

Volkanovski has the opportunity to silence the naysayers this Saturday when he takes on Ortega. The California native will present a unique and difficult stylistic match-up. He is one of the highest-level jiu-jitsu players in the UFC and has demonstrated an ability to submit opponents from unorthodox positions. This makes him a serious threat to Volkanovski’s title. Ortega was previously known for his brawling approach, but he showcased the developments he has made in his stand-up game when he fought “The Korean Zombie” Chan Sung Jung last October. He only has one loss in his career – to Holloway – and has never been truly knocked out.

If Volkanovski is able to knock out Ortega this Saturday, he will perhaps begin to receive the credit he deserves for his accomplishments. He has said himself that winning is no longer enough, and he will likely need to get a memorable finish in order to earn the support and recognition from the MMA community that has eluded him thus far.