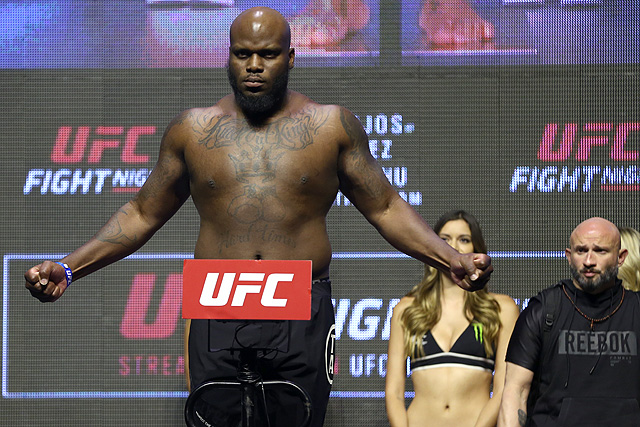 On Saturday, Aug. 7, the UFC will host UFC 265: Lewis vs. Gane from the Toyota Center in Houston.

In the night’s main event, heavyweights Derrick Lewis and Ciryl Gane collide for the interim heavyweight belt. Lewis enters the contest having won four straight is looking to capture gold is second shot at UFC gold. The undefeated Frenchman Gane has looked like a machine thus far in his career, methodically defeating every opponent that has stood in his path.

The event kicks off with a preliminary-card stream on ESPN+ at 6 p.m. ET. The action switches to ESPN 2 for the televised prelims at 8 p.m. ET, with the five-fight main card airing at 10 p.m. ET via ESPN+ pay-per-view.

The fighters will hit the scales on Friday, July 9. Video of the action appears above, while the results appear below.