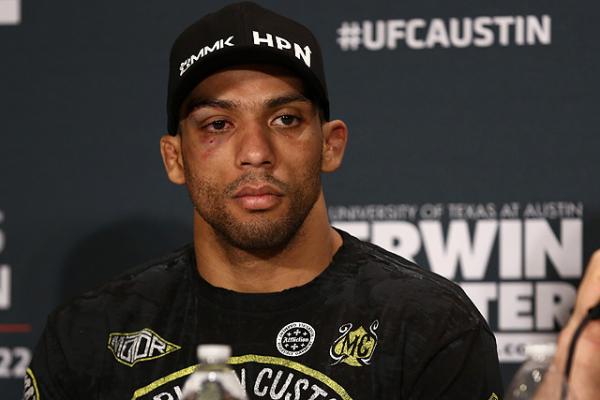 How Will Edson Barboza Handle A Fellow Kicker at UFC on ESPN 30?

It wouldn’t be an understatement to say that Edson Barboza has revived his career at featherweight. That may be a little unfair. As long as fans have known him, Barboza has always been a top-10 fighter, but that’s just how good he has looked since dropping down from lightweight.

Over his illustrious career of jaw-dropping knockouts, Barboza has established himself as one of the most lethal kickers in the game. His two leg kick finishes – two of only a handful in history – support that statement. There have not been many opponents who can match Barboza with kicks. However, Giga Chikadze might just be that guy.

A former kickboxing sensation turned MMA pro, Chikadze has been collecting numerous finishes with kicks himself. He’s trademarked his signature liver kick along the way. For someone to gain a reputation as a brutal kicker, they must have multiple finishes with kicks, and Chikadze has done just that. The Georgian fighter does not throw his kicks with the same whip or intensity as Barboza, but they generate just as much power. What makes his kicking game particularly more dangerous is his ability to mix it up. He won’t simply hunt the body or the legs, but rather do gradual damage everywhere.

Chikadze’s road to his current status hasn’t always been easy. After losing by submission on Dana White’s Contender Series, he returned to his previous promotion Gladiator Challenge to put himself back on the winning track. After stringing together back-to-back finishes, he was given another shot at the big show. Since he made his official UFC debut in 2019, he has put together six wins in a row, fast-tracking his way to his first main event spot.

On Saturday night, live on ESPN, Barboza and Chikadze will face off in the main event of UFC on ESPN 30. It will be a pivotal match-up between top-10 featherweights, and the striking display could be the highlight of the evening. While this fight does have more depth to it, it may just come down to who can kick the other harder until they fall. In terms of a firefight, a Barboza fight never fails. Going up against Chikadze is just icing on the cake.