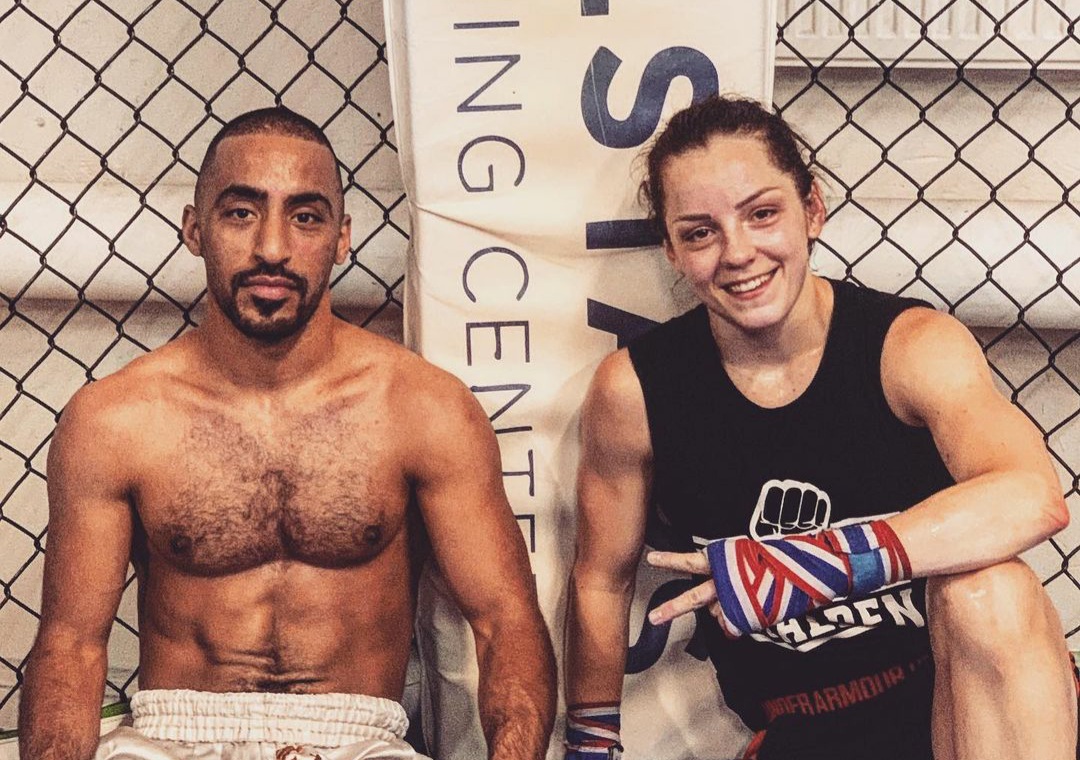 Russia’s Lyapunov has been competing at the professional level since 2016. He went 1-1 through his first two fights, both of which ended in the first round via submission. Lyapunov’s sole loss came to a 16-fight veteran. He has gone on to reel off seven straight victories since then, including two in M-1’s MMA Series. In his current streak, Lyapunov has tapped three foes with his triangle choke, while the remaining contests have gone the distance. In 2020, he submitted Ilya Volynets, handed out the first pro loss to Sergey Bobryshev, and tapped 31-fight vet Arsen Nersesyan.

Santana seems to fit the profile of Lyapunov’s typical opponent. The Brazilian has 19 fights under his belt, but he has not cracked into the major organizations. “Besouro” had his highest-profile appearance when he competed and lost at Standout Fighting Tournament 3 in 2018. He is otherwise a journeyman on the Brazilian circuit. Santana is currently on a three-fight winning streak, but his opponents in that stretch combined for a 4-27 record at the time of their clashes with “Besouro.”

At first glance, this seems like it would be a competitive fight. However, a deeper dive into Santana’s resume suggests otherwise. The Brazilian has faltered on five occasions, including against two 13-4 foes and even once to an 0-2 opponent. Meanwhile, his victims list includes Jeferson Reis, who has suffered three losses to Santana and now sits at 2-27 in his career. The one anomaly for Santana is a 2017 victory over Aldecley Barbosa, who was 16-5 at the time. Otherwise, his strength of schedule is horrendous.

Needless to say, Lyapunov would have to be ashamed if he succumbs to his Brazilian counterpart. The Russian has beaten far better competition over the course of his career while never padding his record with cans. His finishing rate could use some improvement, but he’s a clear favorite here. He prefers the triangle, and Santana could become the latest to fall victim to the hold.

It’s extremely rare that we dive in-depth into a fight that features a debuting pro, but it’s rare that a debuting pro also happens to be among the world’s pound-for-pound best kickboxers. Sweden’s Fight Club Rush will host Josefine “Little Thunder” Knutsson as she makes the transition to MMA against an undefeated opponent in Adriana Fusini.

Knutsson, 25, is a world champion in Muay Thai and holds a 27-5 record in kickboxing. The Swede is rivals with Kana Murimoto, who won two fights in the pair’s trilogy. Knutsson also holds a victory over fellow pound-for-pound ranked fighter Kotomi. “Little Thunder” is already surrounded by UFC-caliber talent as a member of the Allstars Training Centre in Stockholm.

Italy’s Fusini offers a huge challenge for Knutsson’s MMA debut. “The Hurricane” already has four pro fights under her belt, and she has yet to lose. However, all of her fights came in the 2019 calendar year. She fought to a draw in her debut opposite 2-8 foe Diana Tavares. Fusini won her next three outings, including two against 1-0 opponents. The most recent of these contests ended in a stoppage win, while the previous fight was just a majority nod for Fusini.

The transition of kickboxers to the MMA world can go one of two ways. The fighter either rises to the top, like Israel Adesanya has done in the UFC, or they struggle in a form of combat that forces them to worry about wrestling and grappling. The outcome of this contest will depend heavily on how Knutsson adapts. Fortunately for her, she has a camp that is well equipped to prepare her for this new venture.

Knutsson’s opponent has done well at the entry level of the sport, but she’s now fighting a “rookie” whose record does not reveal her true experience. In kickboxing, Knutsson is a top fighter. Her striking alone should carry her to plenty of MMA victories against overmatched opponents. The question is whether Fusini has the wrestling or grappling chops to drag Knutsson out of her comfort zone. The answer? No. Fusini tends to be a kickboxer in her fights. She doesn’t shoot for takedowns or appear too keen on taking the fight to the mat. She might go for the clinch, but the Italian seems comfortable staying at a distance and targeting her opponent’s legs with kicks.

If Fusini engages in a striking battle with Knutsson, she’s sure to lose. There’s no guarantee that she’d do much better on the ground against a fighter from a camp that has produced UFC talent. Knutsson should outclass Fusini for as long as this one lasts. Eventually, though, the debuting fighter will find the knockout.

It’s certainly a week for emerging talent in the MMA world. Japan’s Deep Jewels promotion has women’s atomweight fever at its 32nd event, where it kicks off a grand prix for the weight class. The two most promising prospects in the bracket are Aya Murakami, who is just one fight into her pro career, and Sakura Mori, who has won three of her four pro bouts.

The 28-year-old Murakami lost an amateur contest at Deep Jewels 29 in July 2020, but she rebounded with a win in her pro debut just over three months later. Murakami was able to edge fellow rookie Moeri Suda for the victory. Now, she returns to action against a more seasoned opponent.

Mori has four fights under her belt, but she’s only 18 years old. The grappler made her pro MMA debut in late 2019 with a first-round armbar of winless foe Sae Kokuho. In her Deep Jewels debut, she added a decision nod over Otoha Nagao. Mori ran into trouble when she fought Saori Oshima, who submitted her with a double wristlock. The teenager bounced back with a first-round submission of Pan Hui before engaging in a Rizin 26 bout with Eru Takebayashi. The high-profile appearance was ruled a no-contest after Mori, who missed weight, took the win with a first-round armbar.

Murakami is another new face to the MMA world, but she holds a black belt in Brazilian Jiu-Jitsu and has had a decorated grappling career. Now, she has a chance to put her name on the map as part of an atomweight grand prix that also features Emi Tomimatsu, Si Woo Park and Hikaru Aono, as well as the aforementioned Oshima and Nagao.

Mori is an excellent grappler as well, but the young southpaw could be out of her league here. This contest is likely to be a chess match on the mat, but Murakami will add a submission victory to her short record in the MMA realm.

Quiñónez exceeded expectations in his bantamweight title defense against Matos. The prospect used his length better than he had in past fights and schooled “Terrier” on the feet. Matos had no chance at the predicted knockout …South survived an early guillotine attempt from Charles and didn’t need the judges to grant him a predicted victory. Instead, the 43-year-old ended up scoring a TKO finish via ground-and-pound strikes…Da Silva never got a chance to implement his grappling against Breno, who scored a huge knockout to hand da Silva his first pro loss…”Best of the Rest” selections Zhuman Zhumabekov, Rinat Sayakbaev and Mert Özyildirim scored stoppage wins.