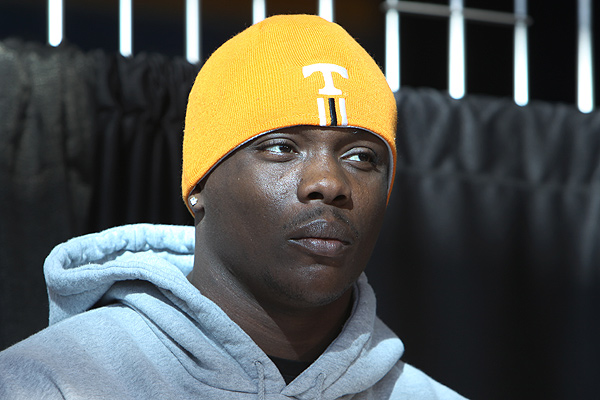 It suffices to say that the UFC has had a pretty epic run of events for the last few months. That run is finally coming to a close this weekend. Fans have been treated to a UFC event almost every week over the course of four months. It all started with a Fight Night event. Now, it ends with one, and it’s potentially the most important Fight Night offering of the year.

Fight Night events are easy to overlook when compared to their beefy pay-per-view siblings. Although there are some exceptions, these events tend to be less heavily promoted and feature fewer big names attached to the card. UFC Fight Night 73 doesn’t have a title fight between two heated rivals or a battle between two MMA legends to bring in a nostalgic edge, but it does have plenty of important fights.

Some — not all, but some — fans overlook the significance of this card. UFC Fight Night 73, which is chock-full of ranked fighters, is flying under the radar amidst a great run by MMA’s biggest promotion.

Ovince Saint Preux and Glover Teixeira have a hugely significant fight that serves not only as the main event, but also as the biggest upcoming non-title fight in the light heavyweight division. With Daniel Cormier taking the place of Jon Jones atop the weight class, Teixeira has the chance to earn another crack at the belt. The Brazilian previously lost to the former champ Jones, but the crowning of a new champ opens the whole division up. The importance of this fight with OSP can’t be forgotten. If Teixeira wins, he is right back in the title picture.

OSP is facing a similar scenario. A win could earn him a title shot. The No. 6-ranked light heavyweight, who is riding a two-fight winning streak, is fighting in his backyard. He has painstakingly climbed back up the ladder after a loss to Ryan Bader last August in the first event OSP ever headlined. Now, Saint Preux is on the cusp of something great if he can simply get past Teixeira.

This is a title-contention fight that shapes the future of the light heavyweight division, but it’s also a fight between two great and exciting fighters. OSP’s last two wins have been knockouts and his fight with Mauricio “Shogun” Rua was a “Performance of the Night”-winning affair. Teixeira is no slouch as a knockout artist either. Thirteen of his 22 victories have come by way of his hands.

The evening’s co-headliner holds some significance as well. It’s entirely plausible that fans are overlooking the card as a result of the main event between two fighters in a shallow light heavyweight division. But that means they might also overlook a co-main event in the UFC’s lightweight division, which is a weight class that is as deep as they come.

Beneil Dariush has climbed the lightweight rankings to face fifth-ranked lightweight Michael Johnson. Donald Cerrone and champion Rafael dos Anjos settle their business first, but Johnson could conceivably make a case for the next title shot with an emphatic win over Dariush. Dariush, meanwhile, is looking to break into the top 10 with a fifth consecutive victory.

The card is filled with division-shaping fights from top to bottom. There are two flyweight battles in the lineup that could have an impact on the 125-pound division’s rankings. Dustin Ortiz faces Willie Gates in one of the pairings, while the always exciting Ray Borg looks to make it three straight “Performance of the Night” bonuses when he goes up against promotional newcomer Geane Herrera. These are some fresh faces for dominant flyweight champion Demetrious Johnson, who has cleared out all top-ranked fighters who oppose his reign.

The women get their own significant fight on this card. Former title challenger Sara McMann looks to rebound and return to title contention against champion Ronda Rousey. In order to do so, she must gets past a fresh challenger in Amanda Nunes. If Nunes finds a way to break through, she could find herself in a title-contender fight by the end of the year, with a chance to face the winner of the upcoming title fight between Rousey and Miesha Tate.

It’s very easy to look at this free card and think it’s an event to skip. We’ve been treated to a lot of MMA in the last few months and fatigue does tend to set in. However, UFC Fight Night 73 has a lot of fights that could change the landscape of four separate divisions and treat fans to future fresh faces for some dominant and newly crowned champions. It’s a more important event than it might seem at first glance.