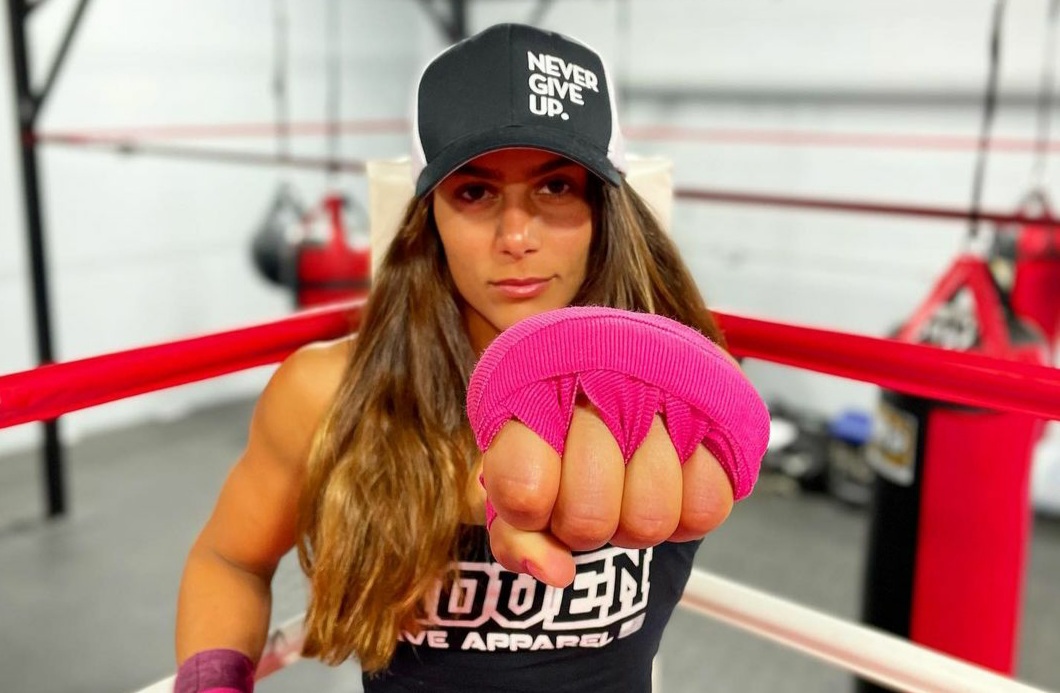 In my most recent preview, I spoke about the two scheduled bouts for Legacy Fighting Alliance 98.

The affair between Marisa Chavez and Marisol Ruelas did not take place due to medical-clearance issues. I don’t want to speculate on what those issues were. Perhaps they have been made public and I just have not seen, but I am unaware and don’t want to guess.

In the other bout, Tabatha Ricci made short work of Vanessa Grimes. As I had noted in the preview, Grimes tends to come forward very aggressively. Well, that worked out perfectly for Ricci, who simply ducked under, took Grimes down, and got an armbar in just 67 seconds. Unfortunately, instead of a lot of praise for Ricci, social media seemed more critical of her for fighting a 1-5 opponent.

With not much to break down from a fight perspective, I thought I might highlight reasons as to why it’s not fair to be critical of Ricci.

Yes, Ricci was 3-0 coming into the bout. However, two of those wins came between 2013-14. She’s had just one bout since 2014, so you can almost make the case that she was 1-0. Sure, she has had custom-rules bouts in Japan, but that is not MMA. Many of us compete in things between MMA bouts. For example, I’ve take part in grappling matches between fights.

So, really, Ricci is still somewhat new to MMA. I really don’t count those two bouts many, many years ago. Go to any show across the country, and you will see a 1-0 fighter against a 1-5 opponent. These pairings are common. They are part of the usual progression of a fighter. Those first two fights count on Ricci’s record, but she was a different fighter in a sport that was also different back then.

We know where Ricci excels: grappling. However, she needs to show progression. In her last fight with Kelsey Arnesen, she was fighting someone with good striking. In fact, it was better striking than was expected. Yet, Arnesen wasn’t a pure striker. In Grimes, Ricci was fighting someone who was all about throwing hands. In continuing to evolve herself, it isn’t a terrible thing for her to fight someone whose game plan we know. There was no doubt that Grimes was going to brawl and try to take Ricci’s head off.

Now, yes, I would have liked Ricci to throw a little on the feet and see how she would do against someone like Grimes. However, instinct takes over. Ricci did what came naturally to her.

I know for a fact that there was great effort to find an opponent for Ricci. This wasn’t a case of her team or the promotion seeking out an easy fight for her.

When fighters turn down a bout, sometimes you need to just be happy that someone said yes.

How far did the LFA reach? How far did its web of potential opponents go? I can’t speak on that, but I ask you to consider something else. This was not the main event or even the co-headliner.

We are under strange circumstances right now. We have limited attendance, at best, allowed at venues. So, promotions are making far less running events than they normally would. Yes, even the promotions on UFC Fight Pass.

Look at how many promotions are running events with less fights than they might normally have. Why do you think that is? It’s because they are bringing in less money right now, which means they have less money to pay out to fighters or to fund fighter travel. Remember, you are not just paying the fighter to fight. You are paying for them to fly, their corner to fly, hotel room for several days, and, these days, a COVID-19 test.

So, if it isn’t one of the top two fights on the card, it’s a little harder to cast that web across the country to find a fighter. A promotion might want to find someone more local who can drive in and maybe won’t cost as much. It’s not ideal, but this is our current reality.

Ricci shouldn’t be shelved due to the lack of ability to get her fights. She was set to fight in November, but her opponent missed weight. She wants to fight, but she missed out on one such chance due to something that was out of her control. Why should she again miss out on a fight just because of who accepted?

Let me share a personal experience here. In 2018, I fought in July. From then on, I accepted multiple fights for which the opponent then changed their mind and backed out. I didn’t get another fight until June 2019. That is almost a year. After that June fight, I again accepted a couple of fights only for the opponent to then say no. I was then offered a fight with Katie Perez. I was 2-2, whereas Perez was making her pro debut. I was definitely not looking to fight a rookie opponent, but it was starting to look like once again I was going to be shelved, sitting and waiting for a fight. So, it was that fight or no fight. I had to take it. I won in the third round. Perez was tough as hell and made me earn it. She has gone 2-0 since then, so now that win looks much better.

We train every day for hours. We work hard. Our reward is to get paid to get in the cage for 15 minutes and have fun. Yes, the cage is the fun part. It’s the reward for all the work. I deserved my reward. Ricci deserves her reward. She deserves to get paid. Why should she have to sit out even longer? If a “more skilled” opponent couldn’t or wouldn’t take a fight with her, then why should she be punished for that? Does she not deserve to make a living?

Listen, I’m not sitting here trying to convince you to feel as I do. I am not going to try to tell you that Ricci was challenged here or that we now know more about her potential. This fight didn’t answer any questions. It didn’t tell us she’s one step closer to stardom. However, this fight did allow Ricci to actually compete. She got the reward this time for doing her job, training, and cutting weight.

This fight allowed Ricci to be active. It’s not her fault that the only opponent the LFA could get was someone whose record didn’t seem on the same level. It’s not her fault that the only fight the company could secure was against someone who sat at 1-5 but was brave enough to step up and take the bout despite everyone telling her that she had no chance. Respect goes out to Grimes for that.

So, think what you want. You are entitled to your opinion. We all feel different about different things. All I am asking is that before you get overly critical of Ricci, just take a step back and consider all the circumstances. If you still want to be critical after that, then it’s OK. I just can’t be critical of Ricci, though. She did what she was supposed to do and controlled the things she had the ability to control.