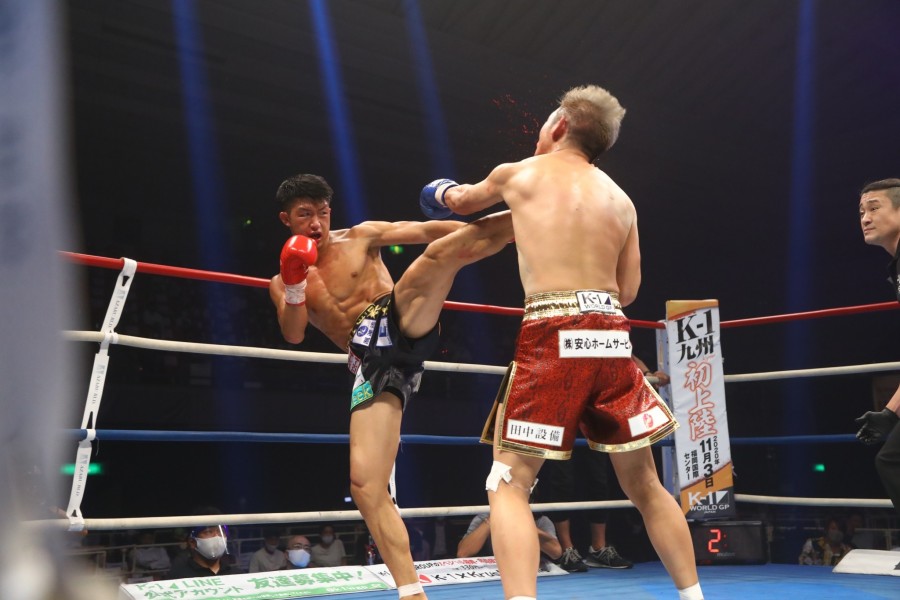 Now that 2020 is in the books, Combat Press is taking a look back at the best that the sport of kickboxing had to offer. Today, Combat Press will announce the last of its award winners across multiple categories, covering everything from the action in the ring to the biggest stories surrounding the sport.

Knockout of the Year
Taio Asahisa vs. Hiroki

Typically, this is the most difficult award to determine from year to year. In a sport where knockouts are frequent, especially when fighters are mismatched or involved in “tune-up” or “stay busy” match-ups, it can be hard to distinguish a true contender that stands above the rest. In past years, the list of top-flight contenders would be as long as 20 fights from across the global kickboxing scene.

The year 2020 was no different. The usual traits that go into deciding which knockout takes the top spot include technical execution, the environment in which the fight took place, the level of competition, and the optics of the knockout blow.

There were contenders from across the world, ranging from smaller shows like King of Kings to the biggest event of the year, K’Festa.3. Some of these finishes fell just short of the award. There was Abdifatah Khalif’s acrobatic flying-knee knockout of Korede Lawrence in Finland, Liu Xiangming’s upset head kick over top-10 super featherweight Jia Aoqi, Tenshin Nasukawa’s perfectly executed jumping knee in Yuki’s retirement bout, KANA’s destructive overhand right that floored ISKA champion Gloria Peritore, and Levi Rigter’s toe-curling front kick that folded Nordine Mahieddine in the finals of the GLORY one-night heavyweight tournament. Ultimately, though, the discussion was narrowed down to three nominees.

The first was a shocker, to say the least. Current Lumpinee stadium super-welterweight champion Capitan Petchyindee Academy scored one of the best knockouts and upsets of the year when he stopped top-10 ranked Petchtanong Banchamek in just six seconds in his kickboxing-rules debut at ONE Championship: A New Breed 3.

The second was a picture-perfect right cross during the best event of the year. K-1 70-kilogram champion Minoru Kimura scored three knockouts in one night to capture the belt. However, he landed the biggest one of his career when he stopped Eder Lopes dead in his tracks during the semifinals of the one-night, eight-man tournament at K’Festa.3.

The third contender, however, takes our 2020 “Knockout of the Year” honor. It was an absolutely flawless short head kick that produced maybe the most brutal finish of 2020. Karate stylist and top-ranked bantamweight Taio Asahisa snuck in the best head kick of the year in close quarters against Hiroki at K-1 World GP 2020 in Osaka.