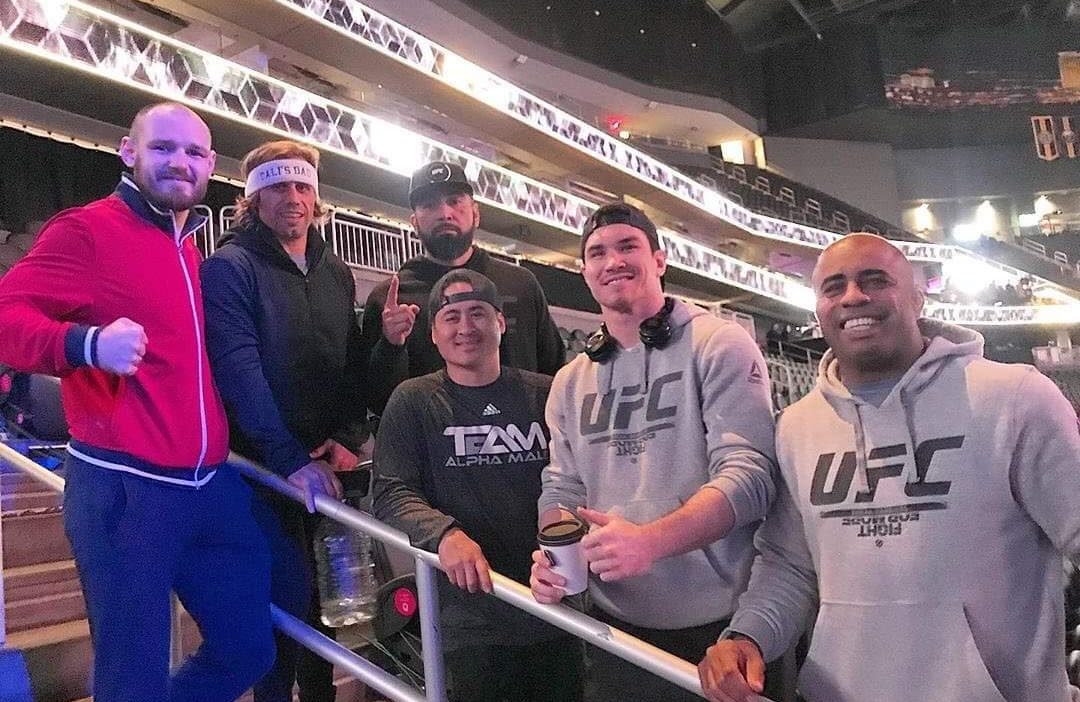 LFA 96’s Viecheslav ‘Slava’ Borshchev: ‘The One Way I Can Make Money’

Volgograd, Russia, formerly known as Stalingrad, was the site of the biggest defeat of the German Army in World War II. A pivotal battle was held there from August 1942 to February 1943, and the victory by the former Soviet Union’s Red Army marked a turning point on the Eastern Front of the war.

After the break-up of the Soviet Union in the early 1990s, there was a lot of crime and turmoil in the former Soviet states. Gangs and organized crime became a common occurrence and ruled the land for several years. This is the environment Viecheslav “Slava” Borshchev was born into.

“It’s hard to explain,” Borshchev, now a 28-year-old kickboxing champion, told Combat Press. “I’m not sure if it’s because I don’t have enough English. When people interview me, I don’t have enough time. It’s like, if you grew up there, you have only one memory of the good things. But then you try to understand everything that’s going on there deeply. I just don’t want to sound bad.

“In my area, especially my neighborhood, it was normal if two friends were drinking and someone killed his friend. Like, it was super normal — it’s nothing, like, super crazy. It was a lot of people who played gangster. There were a lot of people in my area — maybe 50 percent — who were once, for sure, in prison. So many people had crime experience.”

When Broshchev was around eight years old, his father put him in a gym to learn kickboxing. While the sport may not be as common for young people in his current home of Sacramento, Calif., it’s not uncommon for kids on the other side of the pond to get exposure to striking arts at a young age.

“Back in Europe and in Russia, amateur kickboxing is pretty big,” Borshchev explained. “I had a long amateur career. I believe I have over 200 fights, if I put them together. It was over 200, for sure. I can’t say it was easy, especially because I started maybe too early. I had a lot of fights before I started to understand what was going on. It was after like 50 fights that I could start to do some technical stuff, instead of just closing my eyes and trying to kick somebody.

“After I started to focus more and more on kickboxing, I won my first Russian National Championship in 2006. Right after that, I just kept doing it. I became the world champ at like 19 years old in 2011.This was probably the biggest victory for me in kickboxing. Before that, I was a junior world and European champion. After I won the world championship, I decided I didn’t want to be an amateur anymore, and I turned pro. I have 20 kickboxing fights with 18 wins. Because I was such a high-level amateur fighter, I never had an easy fight. I always fought against good guys.”

In Macedonia in 2011, Borshchev won the K-1 world championship as a 67-kilogram amateur, and he was also recognized as the best fighter of the competition. Since turning pro, he has earned four of his victories by way of knockout. Then, three years ago, he decided to try his hand at MMA.

“That was super hard,” Borshchev said. “I never realized how tough wrestling was and how hard jiu-jitsu was. You know, when you’re watching at home on a TV, even if you’re a fighter, you can’t really realize what’s going on in there. I’m a striker, and every time people started wrestling, for me, it was just boring. I was like, ‘What are they fucking trying to do?’ I thought it was stupid. It’s like, just stand up and beat the shit out of him. That’s always what I felt.

“The more I understand it, I really love it. I enjoy it. Now, when I watch MMA fights and people never even try to wrestle, for me, it’s not that fun. If I want to see a striking game, I will just turn on a kickboxing fight or a boxing fight. I want to see how a wrestler, or any grappling guy, tries to hold a striker down and the striker gets away. Or, I want to see both try to wrestle. The more I’m training, I like it more.”

When Borshchev first decided to shift into MMA, he needed to find a place to train. A lot of people around him were making suggestions, including for teams in the United States. He eventually landed in his current camp at Urijah Faber’s Team Alpha Male.

“Honestly, I never followed any team,” Borshchev admitted. “I just had a lot of people around me who were big fans of martial arts, and they kept telling me about different teams, like Greg Jackson, [American Kickboxing Academy], American Top Team. But I had one friend who is a super big fan of Team Alpha Male. He told me I had no choice but to train at Team Alpha Male. He said you have to go straight there, because there were a lot of guys in my weight class, and most of the guys focus on wrestling and grappling. It is useful for me, but I can also be useful for them, because my striking level is very high. He believed Urijah was a very good person. Like, he believed, but he didn’t know him. He was right.”

Three years ago, Borshchev and his wife Mariia, along with their now four-year-old daughter Maiia, picked up from their home in Russia and moved over 6,000 miles away to California so that he could try his hand at the next evolution in his fighting career. It wasn’t an easy choice, but Faber did what he could to get the accomplished striker to his team.

”Urijah supports me really well,” said Borshchev. “He actually made it happen. He’s the reason why I’m here, and [why] I was able to bring my family. That was a very tough part. Honestly, my few years in the USA, it’s an amazing time — very fun, kind of like in a movie — but, at the same time, it’s very tough, especially this year with coronavirus and all those things. But I have a lot of people who really support me. Thanks to those people, I am here and I can fight.”

Borshchev is in the United States on a P-1 visa, which is specifically for athletes. This means the only way he can make money is to fight and work at the gym. Working at the gym is the easy part. With his striking background, ihe has had a hard time finding fights. He made one appearance in the Gladiator Challenge organization in June 2019 and won via a 55-second knockout. He had a fight lined up this year in March with the Legacy Fighting Alliance, but the first opponent pulled out and the replacement went home before weigh-ins without even telling anybody. In October, he finally fought under the LFA banner, where he took a unanimous decision over a guy who was 4-1.

“It’s a challenge for me every time,” Borshchev said. “I already have some name in kickboxing, and when we’re looking for the small fights and small events, no one wants to fight against me for the sake of trying to build a record. They don’t want to fight for $1,000 or whatever against a guy like me. The people who want to fight me, it’s always good-enough guys. That’s why I really want to say thank you to LFA and my managers, because they finally made it happen. These guys are good enough, and they want to build a record too.”

Borshchev’s next fight takes place on Friday night at LFA 96, which airs live on UFC Fight Pass. He’s set to meet William Starks, who is 3-1 as a pro. Starks has one first-round knockout win, one first-round submission win, and a victory by split decision. His sole loss was the result of a first-round knockout. Starks fights out of Missouri and is belted in Brazilian Jiu-Jitsu.

Any opponent with the ability to do an internet search should understand that Borshchev’s striking is next-level stuff. When you look at the success of a guy like UFC middleweight champ Israel Adesanya, you can only wonder what potential the Russian kickboxer really has. Adesanya has a few losses in kickboxing and boxing bouts, but he is 20-0 as a mixed martial artist. There’s no reason to think this early in the game that Borshchev could follow that path, but only time will tell.

“I feel like my main goal is [to get into the] UFC as soon as possible,” Borshchev said. “My last fight explained to me that, yes, I may be good enough, but I still have a lot to work on. I really like Team Alpha Male and all the coaches, because I feel like I can prove myself more and more. I’ll just keep doing my job, and we’ll see what happens. I celebrate the small victories, like if I work on my takedown defense and I get up more than I did yesterday, I feel very grateful.”