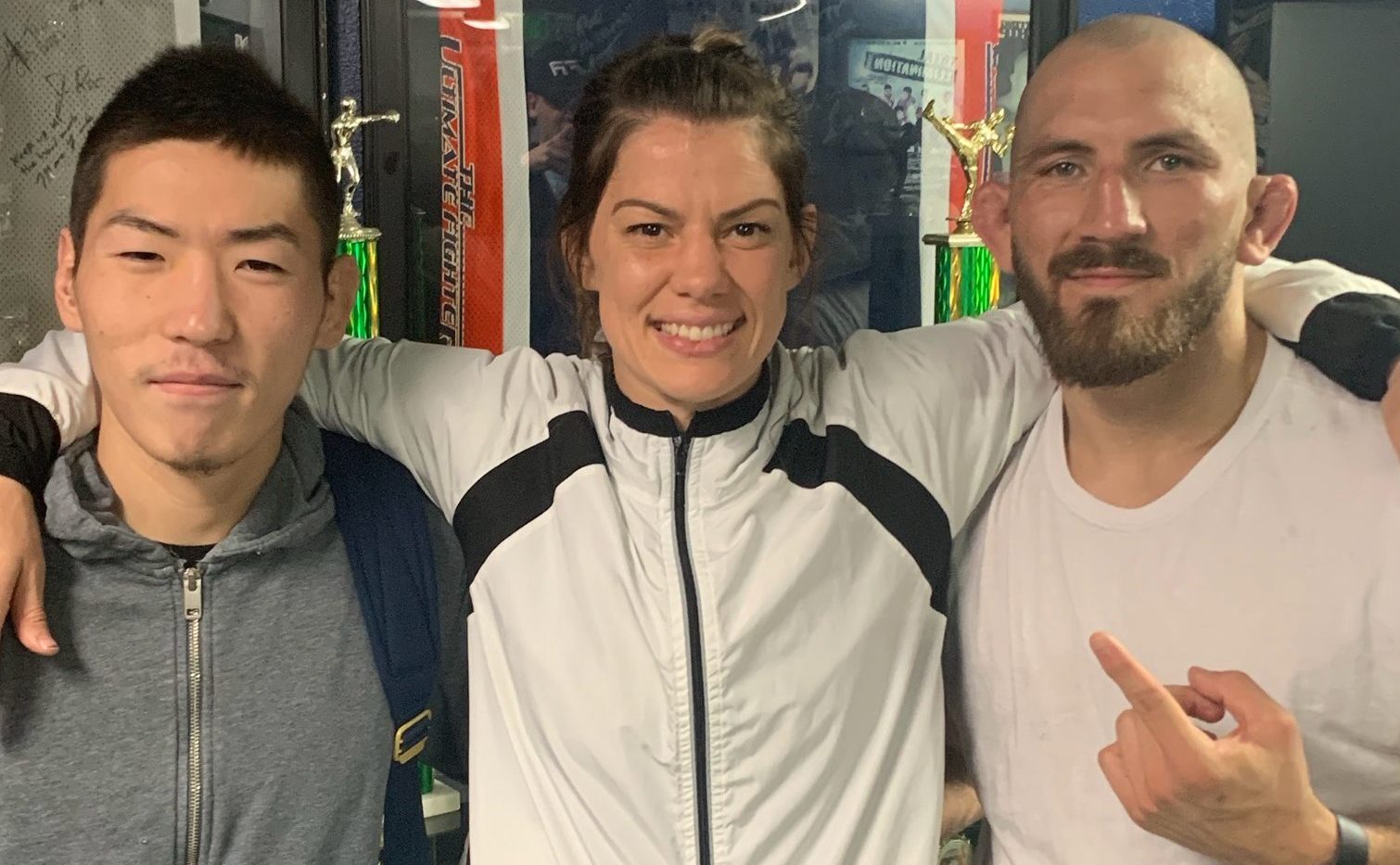 This week’s UFC on ESPN 19 show brings us just one women’s bout, which features Montana De La Rosa and Taila Santos. So, in addition to that contest, I am also going to go over the Legacy Fighting Alliance 96 bout between Mitzi Merry and Lisa Mauldin.

However, before we get to these fights, I also want to give you guys a brief heads up. I myself have a fight on Dec. 18, so, after this breakdown, I plan to take a little break so I can focus on my fight. Now, let’s get started.

De La Rosa comes in after a September loss to Viviane Araujo, but she earned respect even in that defeat. She took some heavy damage from Araujo, but she kept fighting and even did better as the fight wore on. De La Rosa showed some striking improvements in that affair, but I think the game plan here will be to get the fight to the ground.

Santos isn’t terrible on the ground, but that is De La Rosa’s edge. Santos is a fighter who knows when to be aggressive and when not to be aggressive, but she doesn’t seem to like when fighters get aggressive against her. How can De La Rosa use this to her advantage? Well, there are a couple ways actually.

If De La Rosa is confident enough with her striking against Santos, then she can let Santos come forward and stand with her for a bit. As we saw in her last fight, De La Rosa isn’t going to fold or shy away. So, she can possibly get away with standing for a bit with Santos and lull the Brazilian into thinking that’s the kind of fight this is going to be. Perhaps that will open up the takedowns later if Santos isn’t expecting them.

Another possibility is that, since Santos seems to prefer leading the dance and being the aggressive fighter, perhaps De La Rosa can be the aggressive one. She can try to come forward and see if she can make Santos back up. In doing so, De La Rosa could force her way into the clinch and look for takedowns that way.

One last possibility is that De La Rosa could try to catch kicks and convert takedowns that way. Santos has very good kicks and knees to the body, so the opportunity might be there to try to catch one and use it as a means to get the takedown. In those clinches, De La Rosa will want to use some caution, because Santos does have good takedowns of her own and knows how to land in advantageous positions.

That being said, De La Rosa doesn’t have to panic if she ends up on her back. From the top or the bottom, she can pull off submissions. Santos hits hard, though, so De La Rosa will need to watch out for the Brazilian’s ground-and-pound from the top. Worst case, if takedowns aren’t there, she can’t panic. De La Rosa can still do OK as long as she doesn’t engage in a firefight and uses movement and aggression without getting sloppy.

Santos comes off a very important win over Molly McCann in July. Before that victory, she had lost her UFC debut to Mara Romero Borella, marking Borella’s only win in her last six. Santos’ strength of schedule prior to joining the UFC was not impressive. So, she needed a win over McCann badly and got it.

Santos is easy to break down. Her path to victory lies in keeping it standing and being the aggressive one. She can’t let De La Rosa be the one coming forward. She has to land and use angles. She has to avoid being stationary, which would allow De La Rosa to more easily set up takedowns.

Again, Santos actually has good takedowns. However, it isn’t in her best interest to play the ground game here. There is one little caveat, however: if a round is close and there is little time left, Santos can maybe look for a takedown as a way to try to steal the round.

One good weapon for the Brazilian would be to work the body, which might slow De La Rosa down and make her a more stationary target. Santos can accomplish this, as she throws very good kicks and knees to the body.

If De La Rosa gets a clinch, then I expect Santos to have a strength advantage. If the Brazilian can get underhooks and put De La Rosa’s back on the cage, then she will actually be OK there and can still use those knees. If De La Rosa does get a takedown, Santos shouldn’t play around or try to prove she’s better than De La Rosa on the mat. Instead, Santos needs to hold her opponent down, control posture, and look to get stood up.

It’s simple, but that’s the path to victory for Santos.

Merry hasn’t fought since a November 2018 loss to Chelsea Chandler, save for the one-round fight she won in March that was an exhibition bout for Invicta’s Phoenix Series.

In the Chandler fight, Merry really had trouble getting inside. In this fight against Mauldin, though, she will have a five-inch reach advantage and will not be the one looking to get in close to be able to land. Instead, she will want to utilize that advantage in fighting someone like Mauldin, a Muay Thai fighter. Merry should use her jab often to keep Mauldin at range, and she can also land combos that start with that jab.

Mauldin doesn’t like to be put on the cage, but she can be put there. However, she is also very good at escaping the position. Merry will want to put Mauldin against the cage, but she needs to make sure to get the head position. Her head position against Chandler wasn’t good, so this is a key adjustment for Merry to focus on. This will allow her to both dictate the action and position and also make the escape more difficult for Mauldin. While Merry has the much longer reach, she is the same height as Mauldin, which will make the head-position battle important.

Merry has shown that she can, for lack of a better term, take a beating and not give up. If she has a bad first round here, where the striking isn’t working and she can’t keep Mauldin at length, then she shouldn’t panic. She can come out in round two and look to maybe take it to the ground. Getting a finish on Mauldin won’t be an easy task — even Sam Hughes couldn’t do it, and I am super high on Hughes — so winning rounds is key, even if it means getting takedowns and grinding them out.

Mauldin comes in off a loss to the aforementioned Hughes in January, but it was a competitive fight for Mauldin against a very skilled opponent. In her previous outing, Mauldin took a win over a good fighter in Kaytlin Neil.

Mauldin has a background in Muay Thai. She throws some very good kicks, but what she does really well is feint kicks. She can make it look like she’s going to throw one, get her opponent to bite, and then throw a nice counter. Those feints are important against Merry, who will most likely want to keep Mauldin at the end of her jab. If Mauldin can get Merry to bite, then it might ease her ability to counter the jab or get inside. If Mauldin can get inside on Merry, then she should be able to outstrike her or just enter in closer.

If Merry forces a clinch, then, once again, head position is crucial. If Mauldin can win that battle, then she can escape. On those escapes, she can throw something too, instead of just circling out. Mauldin can throw a punch, an elbow, or anything to make Merry pause for a second. This will allow Mauldin to stay in close and land more.

Finally, if Merry does take Mauldin down, then Mauldin can’t let her grind out rounds. Mauldin can’t be reckless, but she must also not be passive. She will want to look to get her back to the cage and stand back up.