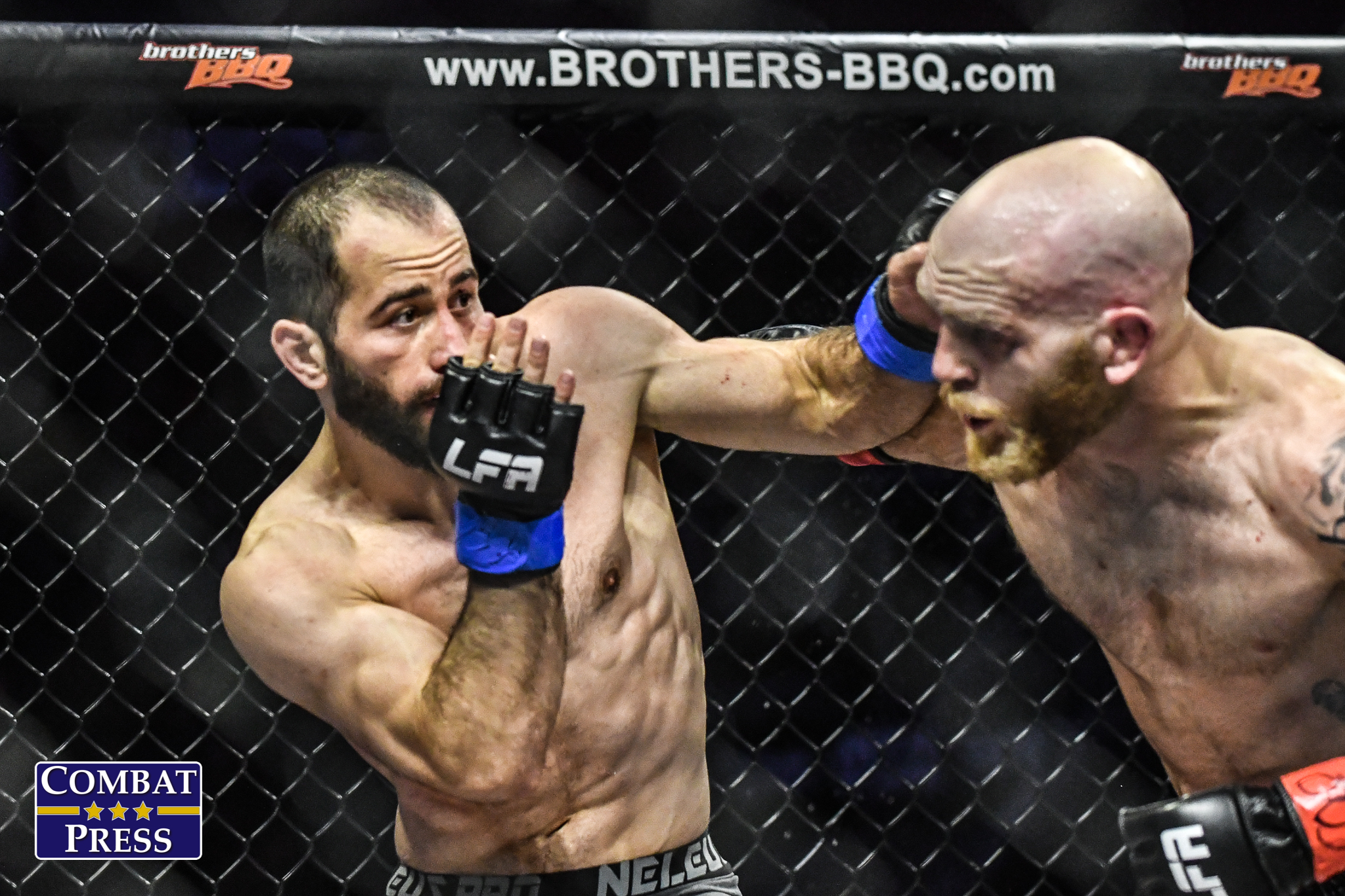 What drives someone to want to fight? It’s no paradise to put one’s self in harm’s way and get physically attacked. However, humans have a fight-or-flight mechanism, and for some folks, the fight mentality always wins.

Native Georgian Zviad Lazishvili took up fighting as a way to learn self-defense in his late teens. He found a passion and love for the sport of fighting, and the fight mentality completely consumed the flight mentality.

“It’s not only fighting that I like,” Lazishvili, now 28 years old, told Combat Press. “I enjoy the whole process. The preparation, discipline, commitment, sacrifices and even the nervousness, adrenaline and fear, are so many feelings mixed up together. I don’t know. I cannot explain it with words. It’s something that makes me extremely happy.”

Lazishvili, who is currently undefeated through 12 professional fights, made his pro debut in February 2011. He went 11-0 before taking a four-year hiatus starting in June 2015. When he was finally set to make his return against Josh Huber in the Legacy Fighting Alliance cage in September 2019, the LFA’s broadcast partnership had come to an end and the fight was postponed until November. When Lazishvili and Huber were finally able to meet at LFA 79, Lazishvili dominated the 30-fight veteran and cruised to a unanimous-decision victory.

“My last fight was sort of a waking-up fight after a four-year layoff, and I felt really good,” said Lazishvili. “Every fight teaches us many things, and, of course, fighting with Josh was a great experience. I tried to work on mistakes I made and worked to improve my striking skills and positioning. Hopefully, [my] next fight will be more entertaining and interesting.”

Lazishvili trains out of Kaizen MMA in Virginia under a big stable of coaches, including Nima Mazhari, Tony Waldecker, Alex Mnatsakanov, Drew Kim, Dave Chun and Gustavo Abel. He has a ton of great training partners, too. In the past, he also spent time with the Elevation Fight Team in Colorado.

When the coronavirus (COVID-19) pandemic hit and lockdowns started, there wasn’t much he could do. Lazishvili, like many other fighters, wasn’t really sure when he was going to be able to fight again.

“In the beginning, I was not doing much, but then [I] slowly started training with my teammates,” Lazishvili said. “At some points, it was productive, because I had a chance to focus on myself and try to improve things that I wanted to improve.

“I was not sure that I would be able to fight. I thought not every organization could start putting shows on with this many limitations. And, for the UFC, I am still waiting on my P1 visa. So, even if I had the call, I would not be able to compete there.”

About four weeks ago, Lazishvili got a call from the LFA about a headlining spot at LFA 90. He was offered a fight against Ricky Steele, an undefeated fighter through six pro bouts, for the vacant bantamweight title. It was an offer he could not refuse.

“It’s a big honor to have a chance to fight for a world championship title in such a great organization,” said the Georgian fighter.

At 5-foot-11, Steele is a tall bantamweight who will have five-inch height and reach advantages over Lazishvili. The SBG Idaho fighter appeared on season 27 of The Ultimate Fighter reality show, which featured an entire cast of undefeated contestants. Steele was the eighth pick for Daniel Cormier’s team and won his quarterfinal fight against Suman Mokhtarian. However, he was forced out of the competition with a concussion.

Steele came back with a split-decision win over former Ring of Combat bantamweight champ Phil Caracappa in last summer’s run of Dana White’s Contender Series, but the UFC head did not award him a contract. He, like Lazishvili, is hoping an LFA title will put him in line for a crack at the big show.

“He is a tough opponent and a family man,” Lazishvili said. “I really respect him as a fighter. He has lifelong martial-arts experience with unorthodox striking and pretty good wrestling, but everyone has gaps and weaknesses, and I think I will be able to use them to be victorious. I like fighting strikers, and I think it’s a good match-up for me. It should be an interesting fight.”

Lazishvili has had a long road to this title shot. He’s still a young prospect, though, and he is likely already on the UFC’s radar. Steele is obviously already on that same radar after his appearances on TUF and the Contender Series, so a win here for Lazishvili would be huge.