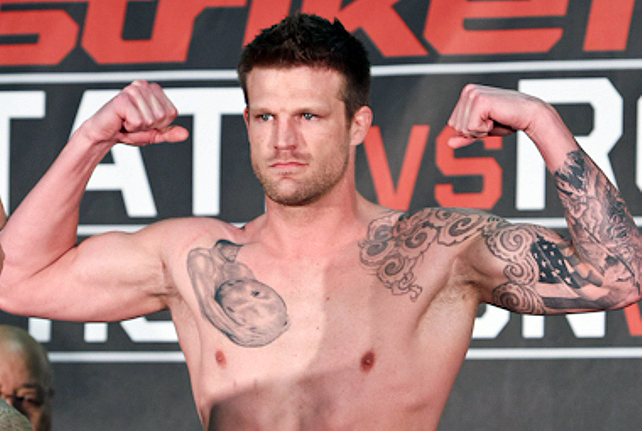 “Fix and flip” is a term that is usually reserved for people who invest in run-down homes, do the necessary repairs to get them back to par and then turn around and sell them for a profit. There are no guarantees that a profit will come back, so it can be a risky proposition. However, if done correctly, the flippers can make a decent return on their investment.

There are really two kinds of people who fix and flip houses. Some people are full-time professionals, like lawyers, doctors and engineers, who have little spare time and might flip a home here or there as a side hobby. Others have taken on this path as a career. In some markets, business is good. For people like UFC veteran Bristol Marunde, it’s good enough to make a full-time career out of it.

“I’ve been really busy,” Marunde told Combat Press. “My wife and I have been flipping houses. We own quite a bit of real estate. We have a lot of projects going on, and I’m busy doing construction seven days a week.”

Homes that get flipped are typically worn down, outdated and suffering from general neglect. The previous owners may have made some bad decisions with décor and renovations. Someone like Marunde goes in and gets it looking fresh and ready. All of a sudden, what could have been a lump of coal is now a gem.

Veteran athletes are a lot like fix-and-flip homes. They’ve been around a while. They might have made some bad decisions, whether with nutrition, conditioning, training or simply with the people they surround themselves with. These fighters need a fresh coat of paint to get back to tip-top shape.

Marunde has been fighting professionally since 2005. He was in the first and second seasons of the old IFL in 2006 and 2007. He went on a five-fight winning streak after opening his pro career at 3-5. He lost once before going on a four-fight winning streak and landing in a Strikeforce bout against Ronaldo “Jacare” Souza a month before his 30th birthday.

Before Marunde ever appeared on season 16 of The Ultimate Fighter, which is what most mainstream fans know him from, he had been around the block several times.

After defeating Juliane Lane in the elimination round of the reality-series competition, Marunde lost by decision to Neil Magny in the quarterfinals. His TUF run came to a close. It wasn’t until April of the following year, at the TUF 17 finale, that he would finally taste the Octagon. By August 2013, he had suffered three stoppage defeats in a row and was cut from the UFC. With multiple camps, coaches and training partners throughout his career, he was starting to feel like a fixer-upper. At 31 years old, he was still young, but he was also seasoned vet who was ready to get better.

“Robert Follis got a hold of me and we’ve been putting in work,” said Marunde. “We’ve been working on things I’ve been needing to do for a long time — things he’s recommended. He sat me down and simplified it. I think I was just overthinking it. He told me the skill is there. We have the skills to win at a big level. We just needed to simplify it and allow it to come out in the fights. We’ve gotten back to a lot of wrestling, and we took some things out of my game that I was trying to force in.

“Basically, I was spending a lot of time on stand-up, and he’s like, ‘Why are you doing that? Why would you spend 60 to 80 percent of your time working on your weakness?’ So, we’ve been training solid on what I’m good at, and it’s coming through in my fights. So I’m training on the ground more, working my ground-and-pound, and it’s the classic Team Quest style.”

Follis is a Brazilian Jiu-Jitsu black belt and one of the head coaches at Xtreme Couture in Las Vegas, the same town where Marunde made his first Octagon appearance and where he will be making his next cage appearance.

After going 4-0 since his UFC release — a streak he attributes to his training with Follis — Marunde got a call from the Resurrection Fighting Alliance. The organization has a very literal moniker in the sense that they have resurrected the careers of many fighters, sending dozens to the UFC in recent years. With Marunde’s credentials and his drive to get back to the big show, the RFA was a perfect fit.

Marunde’s next fight is against champion Gilbert Smith for the RFA welterweight title. The pair are set to meet on Friday night at the Downtown Las Vegas Events Center in the headliner of RFA 31. Smith is also a TUF veteran, and this will be his first title defense.

“Gilbert is extremely strong [and] has solid wrestling, but he’s not very quick,” Marunde explained. “He’s not very athletic, and that matches up well with me, because I’m very strong, I’m a good wrestler and I believe my stand-up’s a lot more dangerous than his. I’m going to stop his takedowns and keep him on his feet. I don’t think he’s going to want to do that after one or two rounds with me. He’s going to want to take it to the mat, and he’s not going to be able to. That will really exhaust him.”

It’s no secret that Smith is a great wrestler. He likes to grind guys out on the ground.

“One of my biggest strengths is that I’m hard to take down,” said Marunde. “I’ve only been down in one or two fights, and I haven’t stayed there. If somebody stays on top of me for more than one round, then they deserve to win, because I’m one of the best in the world at standing up. When I fought Jacare, I stood up three times. I don’t think Gilbert’s going to be able to hold me down.”

With recent wins over longtime veteran Micah Miller and fellow TUF housemate Michael Hill, Marunde has every right to be confident going into RFA 31. Smith is a tough champ, but Marunde has been to hell and back with no plans of slowing down. He may have needed a bit of a refurbish, but his prized property is back on the market in tip-top shape, and he’s ready to make another run for the Octagon.