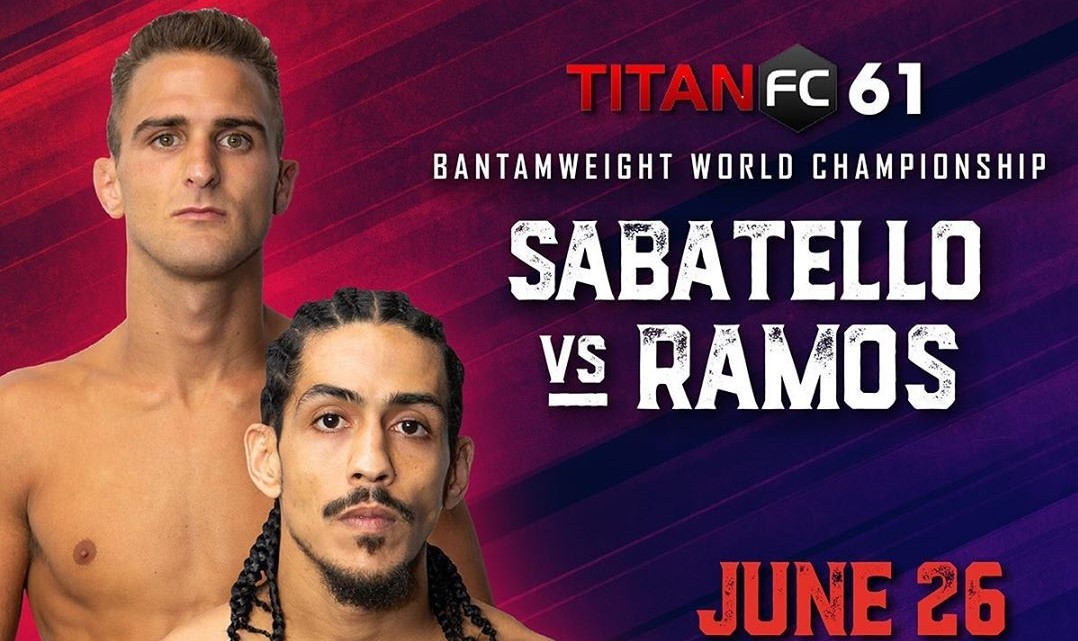 The coronavirus (COVID-19) pandemic has had many consequences for the sports world. Events were canceled. In the MMA sphere, a “Fight Island” was even constructed. Once the UFC returned to some semblance of normalcy, numerous fights still fell through and a number of last-minute replacements were needed. That group of replacements included Titan Fighting Championship bantamweight kingpin Irwin Rivera, leaving yet another consequence: a vacant Titan FC title. Now, the promotion is ready to rectify that situation.

On Friday, June 26, the company hosted its 61st event. The headliner featured title hopefuls Danny Sabatello and Raymond Ramos in a showdown for the vacant crown. Sabatello is the bigger star in the pairing. The 27-year-old came up short in his last title bid against the aforementioned Rivera, but he has since rebounded with a submission finish of Chris Johnson. Ramos had a rough start to his MMA campaign, but a perfect three-fight run in 2019 has turned him into a contender for Titan FC.

Titan FC secured four other pairings to round out its latest event, which was live on UFC Fight Pass at 8 p.m. ET. At lightweight, Landon Quinones met fellow up-and-comer Geralbert Castillo. The flyweight division was featured prominently, with Victor Dias taking on Cleveland McLean and Christian Ynastrilla clashing with Philip Keller. The night’s action kicked off with welterweights Collin Lubberts and Irvin Jones.