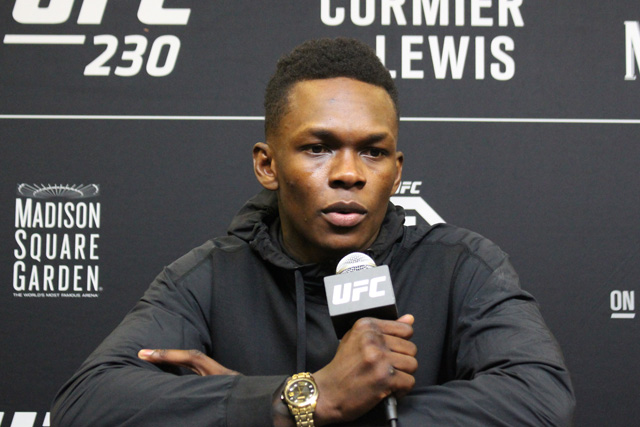 On Saturday, March 7, the UFC hosted UFC 248: Adesanya vs. Romero from the T-Mobile Arena in Las Vegas.

In the night’s main event, middleweight champion Israel Adesanya put his belt on the line against Cuban wrestling silver medalist Yoel Romero. The Nigerian-born, New Zealand-based Adesanya has yet to taste defeat through 18 MMA bouts. The former kickboxing star captured gold by stopping Robert Whittaker in his last outing at UFC 243. The 42-year-old Romero came in having lost three of his last four, but all but one of those bouts were originally slated to be title match-ups.

Gold was also on the line in the co-main event as women’s strawweight queen Weili Zhang defended against former champion Joanna Jędrzejczyk.

The card kicked off with a preliminary card stream on ESPN+ at 7 p.m ET. The undercard continued on ESPN at 8 p.m. ET, with the five-fight main card airing live on ESPN+ pay-per-view at 10 p.m. ET.