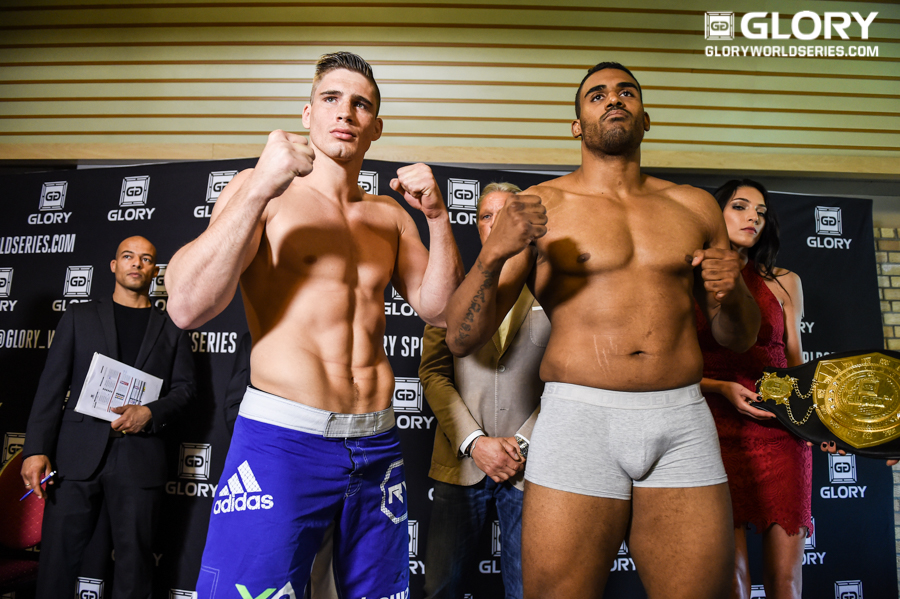 On Thursday, June 4, GLORY held the weigh-ins for its 22nd event which will take place Friday, June 5, from the Stade Pierre-Mauroy in Lille, France.

In the night’s main event, heavyweight champion Rico Verhoeven puts his belt on the line for the second time in 2015 when he goes up against Romania’s Benjamin Adegbuyi. The 26-year-old Verhoeven has not tasted defeat in the GLORY ring since 2012. He captured the belt at GLORY 17 in 2014 and successfully defended it in February against Errol Zimmerman at GLORY 19. Adegbuyi, meanwhile, has never lost under the GLORY banner and has won 15 of his last 16 bouts.

Also on the main card, there will be a lightweight contender tournament to determine which fighter will get the next crack at champion Robin van Roosmalen. In one half of the bracket, Canadian Josh Jauncey meets Frenchman Djimé Coulibaly, while former champion Davit Kiria takes on Thai star Sittichai Sitsongpeenong in the other half of the ladder.

The night’s main card airs on Spike TV on Friday at 4 p.m. ET.

*Serhiy Adamchuk has replaced Djimé Coulibaly in his tournament reserve bout against Marat Grigorian after Josh Jauncey’s original opponent, Crice Boussoukou, was not cleared to fight. Djimé Coulibaly will step in against Jauncey.