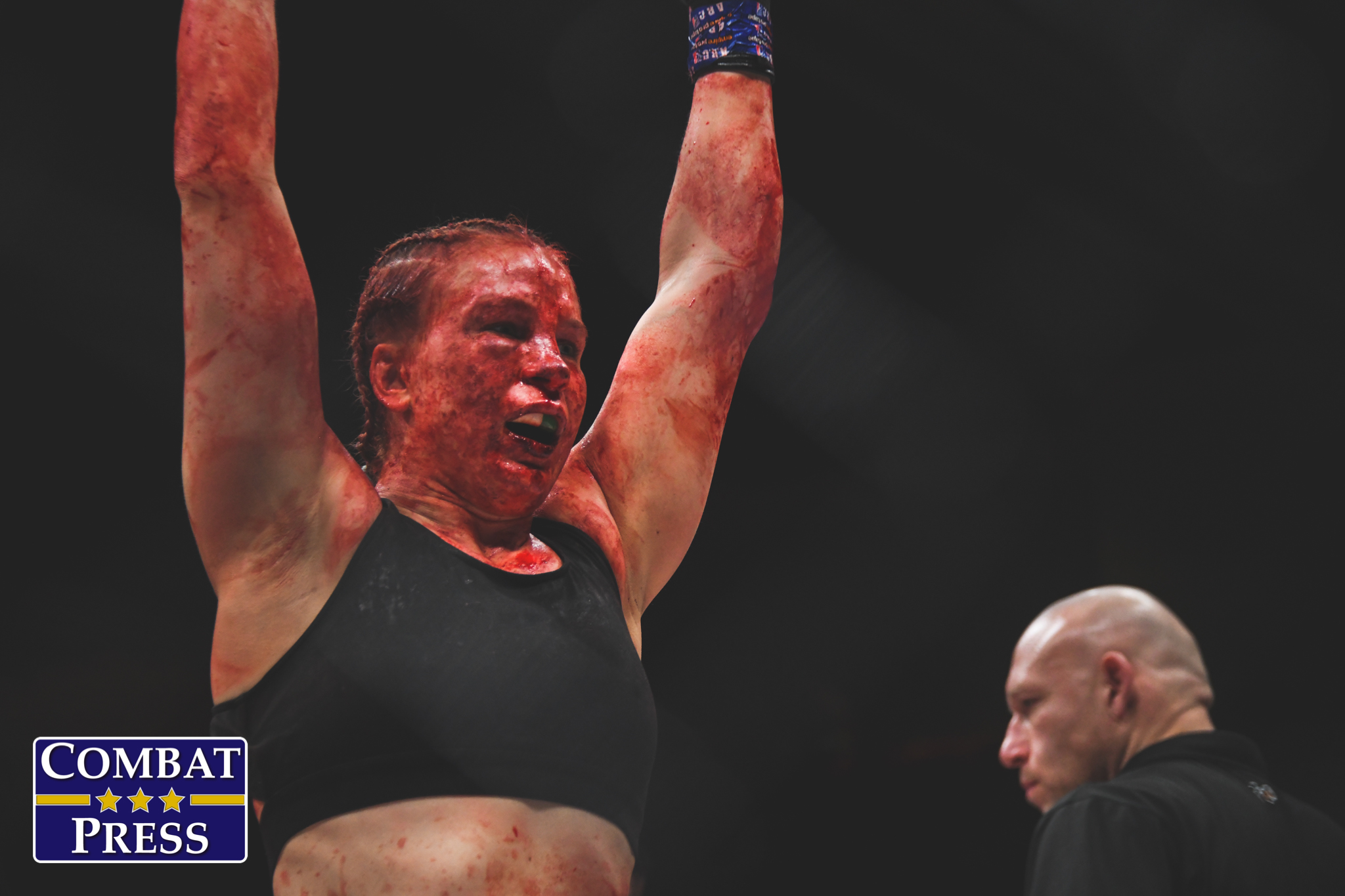 The event was headlined by a bantamweight title fight between unbeaten Lisa Verzosa and UFC veteran Julija Stoliarenko of Lithuania. Verzosa — formerly Spangler — had earned four of her five career victories inside the Invicta cage. The Washington-based fighter most recently defeated Kerri Kenneson at Invicta FC 38. Stoliarenko made her promotional debut riding the momentum of a four-fight winning streak. All eight of her career wins had come via first-round armbar submission.

Below is a photo gallery of the night’s action shot by Kiara Kaiser of Combat Press. Click an image for a larger version.