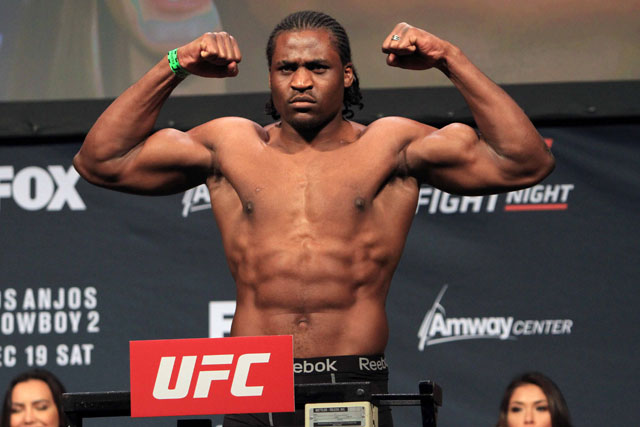 On Saturday, Nov. 24, the UFC returns to China for UFC Fight Night 141: Blaydes vs. Ngannou 2 which takes place from the Cadillac Arena in Beijing.

In the night’s main event, heavyweights Curtis Blaydes and Francis Ngannou clash for a second time. The pair met previously in 2016, with Ngannou handing Blaydes the first and only loss of his career after the doctor stopped the fight. Ngannou later challenged for the UFC title at UFC 220 against then-champion Stipe Miocic, but fell short on the scorecards. He most recently dropped a decision to Derrick Lewis in July. Blaydes, meanwhile, bounced back from the loss with a vengeance. He’s gone 5-0 with one no-contest since the pair’s first meeting. He stopped Alistair Overeem at UFC 225 in June.

The fighters hit the scales on Friday, Nov. 23.