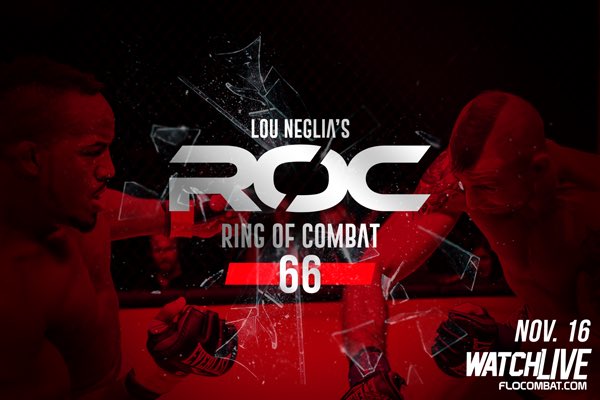 On Friday, Nov. 16, Ring of Combat held its 66th event from the Tropicana in Atlantic City, N.J.

Two-division ROC champion and Titan FC lightweight titleholder Sidney Outlaw was scheduled put his welterweight title on the line against Cameron VanCamp. However, the bout was cancelled prior to the event.

The event aired live at 8:30 p.m. ET via internet pay-per-view on FloCombat.