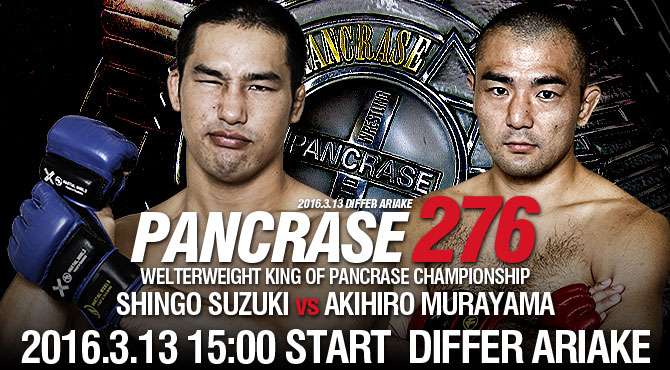 Pancrase returned to UFC Fight Pass on Sunday, Mar. 13, for Pancrase 276. The show at the Differ Ariake Arena in Tokyo, Japan featured the welterweight King of Pancrase championship among former champions and UFC veterans on the 10-fight main card.

In the main event, welterweight King of Pancrase Shingo Suzuki put his title on the line for the first time against former Shooto Pacific Rim middleweight champion Akihiro Murayama. The champion sought out his revenge against Murayama, the man who last defeated him. Murayama stopped Suzuki in his tracks to begin his own three-fight winning streak.