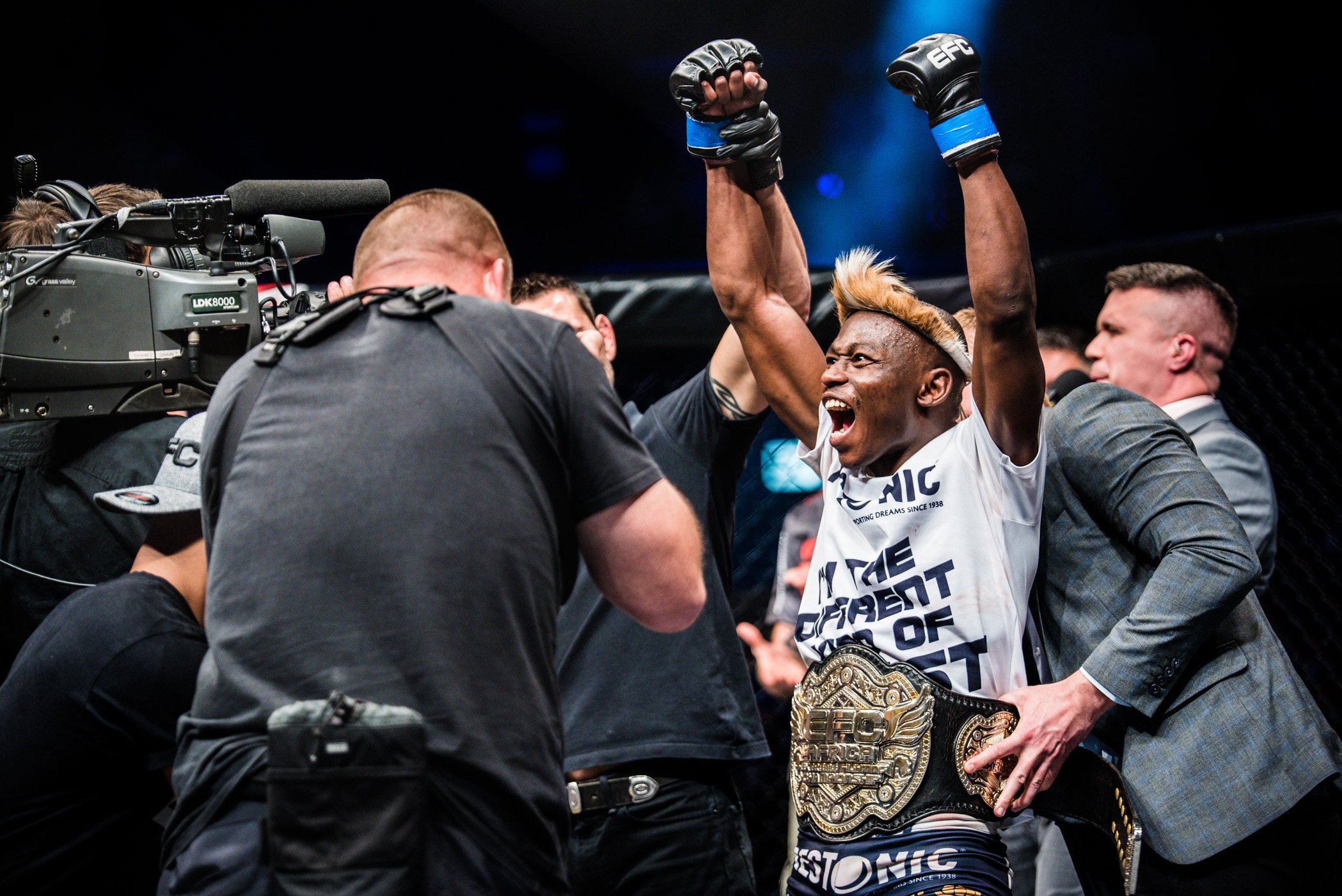 In the night’s headliner, Nkazimulo Zulu defended his flyweight title with a guillotine choke in the fifth round.