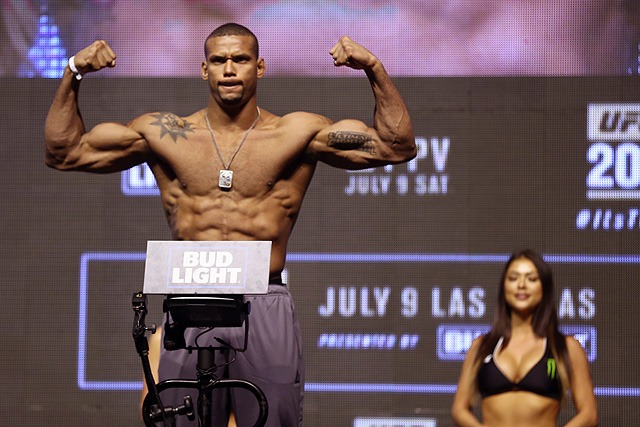 On Saturday, Sept. 22, the UFC will host UFC Fight Night 137: Santos vs. Anders from the Ibirapuera Gymnasium in Sao Paulo, Brazil.

In the night’s main event, a pair of middleweights step up on short notice to compete as light heavyweights as Thiago “Marreta” Santos meets American Eryk Anders. The Brazilian Santos was an injury replacement for former title challenger Glover Teixeira. He enters the contest having won of five of his last six inside the Octagon. Anders, meanwhile, steps in on just a week’s notice after original headliner Jimi Manuwa tore his hamstring shortly after arriving in Brazil. Anders is coming off a “Performance of the Night” victory over Tim Williams at UFC Fight Night 135 in August.

The fighters hit the scales on Friday, Sept. 21.