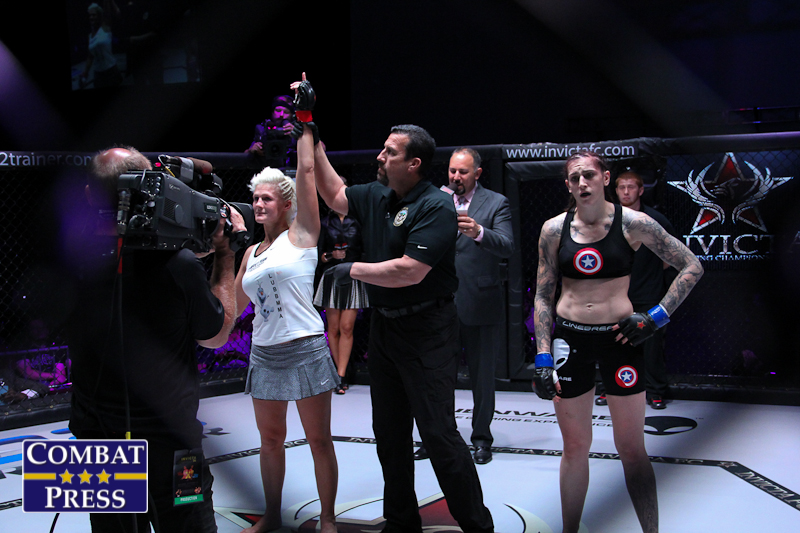 The Professional Fighters League continues its thrilling 2021 season with a fight card that has major playoff implications. PFL 2021 6 goes down on Friday, June 25, at the Ocean Casino Resort in Atlantic City, N.J. The fight card features contests in several weight classes, including five at heavyweight, five in the women’s lightweight division, one fight at featherweight, and one lightweight affair.

After numerous injuries flooded the PFL heavyweight division, four new fighters now have the opportunity to make the playoffs. In addition, not a single lady enters the night with a postseason spot locked up. We have quite the unpredictable fight card coming up.

Promotional superstars Kayla Harrison and Anthony Pettis will be among those looking to punch their ticket to the PFL playoffs.

Harrison is one half of the main event. Despite the many factors in MMA that could lead to a loss, Harrison has continued to dominate every step of the way. She is tied for first place in her division, but she is not officially in the playoffs yet. She needs to be focused on the opponent in front of her, because the crafty veteran Cindy Dandois will do whatever it takes to sneak knock Harrison off her podium.

In the co-headliner, the former UFC champ Pettis gets one last chance to make the playoffs. He takes on Raush Manfio, who is currently in third place with three points. Both fighters have the opportunity to extend their season with a finish.

The heavyweight division could steal the show. There is not a single fighter among the bunch to have secured a playoff berth yet. Four new fighters join the fray with only one event left. Former UFC fighter Klidson Abreu takes on the hard-hitting Jamelle Jones in one intriguing match-up. They will have nothing to lose as they look to make the postseason with a first-round finish.

Harrison has been one of the most influential role models for females in combat sports. Her evolution as a fighter has been something to behold. She’s now one win away from her third straight PFL playoff berth. However, Dandois will leave it all in the cage with the hopes to pull off one of the biggest upsets in company history.

After a loss to Kaitlin Young in her first fight of the 2021 season, Dandois remains at zero points in the standings. Her last hope to make the playoffs will be against her toughest opponent yet.

Dandois does have several tools that will benefit her in this fight. Most importantly, her experience and grit have given her the ability to be extremely durable. Unfortunately, she did not look to be at her best against Young. MMA math rarely does any good, but the previous loss for Dandois against Young is not a good sign as she heads into an encounter with the reigning PFL champion.

Harrison’s judo background continues to pay dividends alongside her dominant grappling. Despite not being able to use elbows, the former Olympian finished her second straight fight by ground-and-pound when she destroyed Mariana Morais. Harrison will surely be as confident as ever, and her ability to keep a champion’s mindset in training has led her to a 9-0 record.

If Dandois wants to win this fight, then she needs to make it dirty. Harrison always leads the dance and forces her opponent to react from the start. Dandois has to try to land some big shots early and throw off Harrison’s game plan in any way possible.

Harrison’s world-class grappling will most likely give Dandois problems, though. Anything is possible in an MMA fight, but a win for Dandois over Harrison is easier said than done.

Anthony Pettis is still on the hunt for a rebound victory after his loss to Clay Collard. Does he get one here against Raush Manfio?

Pettis had plans to take over the PFL and beat anyone in his path to $1 million. Instead, Collard shocked the world by beating the former UFC champion. Now, Pettis has one last chance to make the playoffs. In his way stands Manfio, who won his last fight and can also clinch a spot in the postseason with a win here.

Despite losing to Collard at the first event of the 2021 PFL season, Pettis has still demonstrated that he has the same explosiveness in his striking that made him a star in the first place. To make things more interesting, Pettis will have an extreme amount of urgency in this bout. He needs to get a finish to secure his spot in the playoffs.

Manfio went completely under the radar heading into the season opener. That changed when he beat Joilton Lutterbach and secured three points. Despite fighting on the regional scene, Manfio encountered some tough opponents before joining the PFL. He looked impressive in his first fight, but he’s now up against the toughest opponent of his career.

The name of the game for Pettis is always about distance control. When he finds the distance to use his Roufusport striking, his opponent is usually in for a long night. Collard recently found success against Pettis because of the way he endlessly pressured the former UFC kingpin. Manfio needs to control the distance and mix in some takedowns to keep Pettis guessing. Yet, Pettis should be able to get the win here and sneak into the postseason.

The focal point of this event is to sort out the playoff pictures in the men’s heavyweight and women’s lightweight divisions. What one fighter outside of the current top four in each of those divisions will post an impressive showing and snag a postseason berth?

Both divisions have added promotional newcomers who could quickly convert this opportunity and land a playoff spot.

The most intriguing match-up in the heavyweight division features Klidson Abreu and Jamelle Jones. Both men are making their promotional debut and will look for a first-round finish. With two fighters willing to go all-out, it would be best to not blink during this fight. The last time we saw Abreu, he was struggling to adjust to UFC talent. After going 1-2 inside the Octagon, he was jettisoned from the UFC. He now seeks to take a step closer to a $1 million payday.

Abreu has a good chance to win this fight and make the playoffs. Jones has great finishing abilities, but he tends to get wild at times. With the need for a finish, Jones may leave himself open for a counter. Abreu did not perform well in the UFC, but he gained much-needed experience while there. Abreu should be able to get it done.

In the women’s lightweight division, Taylor Guardado has the potential to sneak into the playoffs. She tallied three points with her unanimous-decision win over Helena Kolesnyk, but she currently resides in fifth place in the standings. She needs a victory here to keep her 2021 PFL campaign alive. Her opponent is Laura Sanchez, who lost her first fight against Genah Fabian.

Sanchez is a solid fighter, but she lacks experience compared to the other fighters in the division. With only two pro fights so far, Guardado might seem to be on the same level as her opponent, but we can’t discount her amateur resume — she has gone up against Ronda Rousey and Raquel Pennington. Guardado needs to fight smart. She already has three points, and a decision win should be all she needs to secure her spot in the playoffs.

Sanchez’s need to get a finish will be her biggest problem. Every round that goes by will put more pressure on her and force her to get desperate for a finish. If Guardado sticks to her game plan and stays out of trouble, then she should be able to edge Sanchez and claim one of the four PFL playoff spots in the weight class.