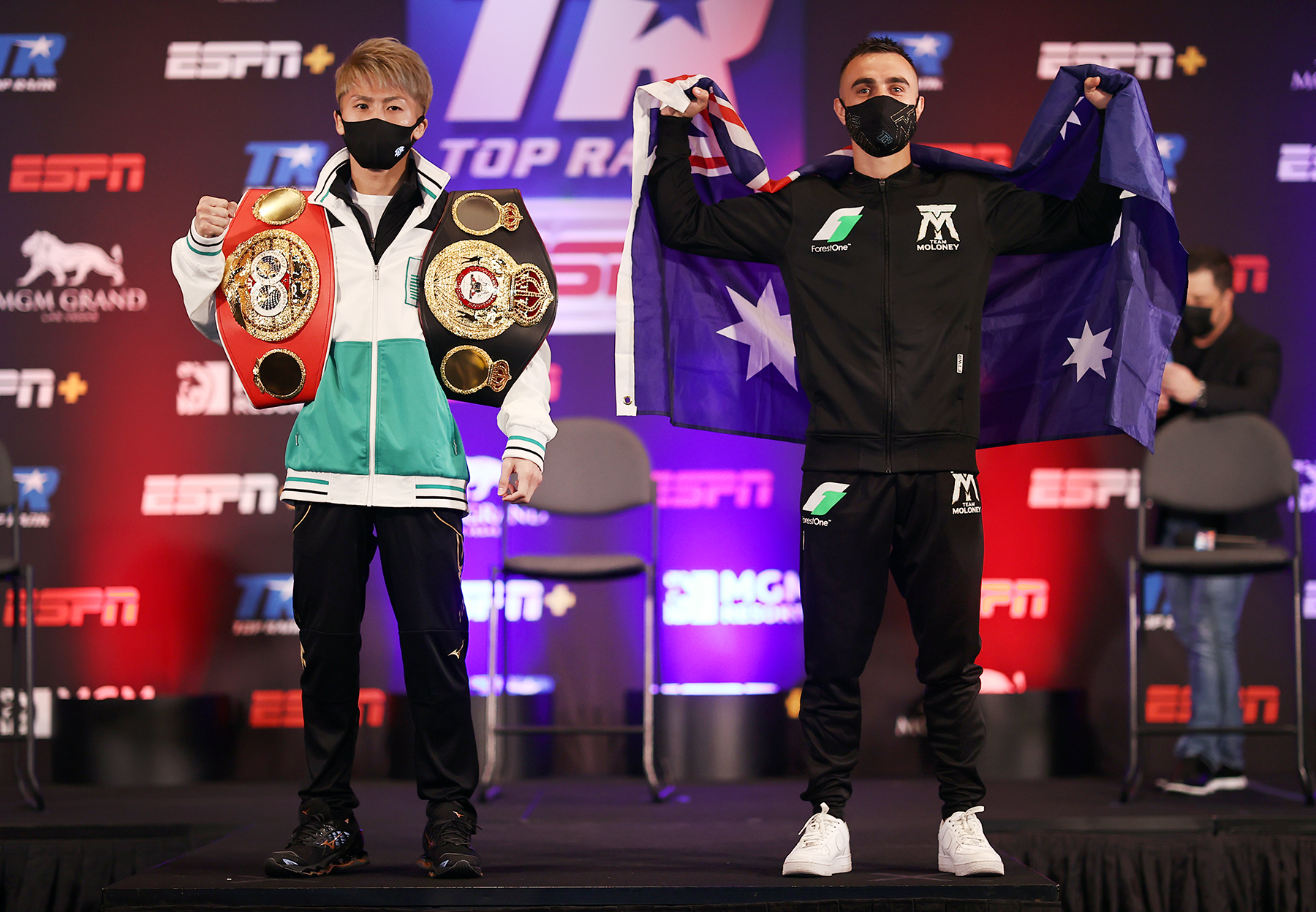 On Saturday, Oct. 31, Top Rank Boxing touched down at the MGM Grand in Las Vegas for Inoue vs. Moloney.

The co-main event also featured a belt on the line as undefeated American Mikaela Mayer looked to take the WBO junior lightweight title that was previously held by Ewa Brodnicka before she missed weight for the bout.

The event kicked off with a preliminary-card stream on ESPN+ beginning at 7:30 p.m. ET. The main card followed at 10 p.m. ET, also on ESPN+.