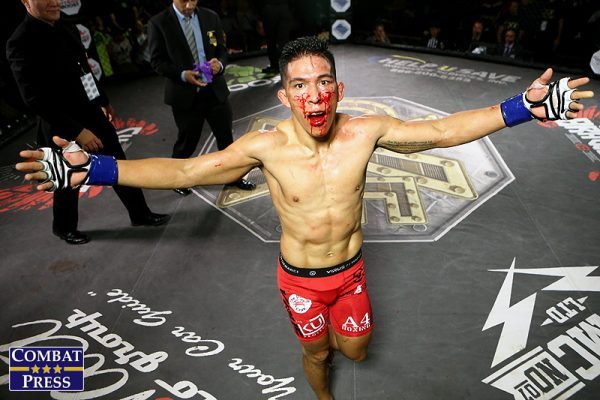 LFA 45’s Vince Cachero: Both Sides of the Lens

Everybody loves a great photo or video. That’s why apps like Instagram were first invented. However, in this day and age of social media and camera phones, great photos have become rare — almost an anomaly.

So, how does someone get into photography or videography? Some set out to do it from a young age. There are many stories of great photographers or videographers who started out with some sort of toy camera as a child and now work in journalism or art. Some people just realize one day that they have a knack for it. For Vince “The Anomaly” Cachero, it came more by happenstance than anything else.

“It was just something I fell into,” Cachero told Combat Press. “I was really interested in a Stuart Cooper video on jiu-jitsu from ADCC 2011, and I was like, ‘Damn, I want to try to make something like that.’ So, I picked up a camera and just started messing around with it. Next thing you know, I’m over here shooting at Black House MMA, I produced a TV show called Passando A Guarda, and it’s just been a wild ride.”

Cachero didn’t just happen upon an MMA gym, though. He’s been fighting since 2013, when he made his amateur MMA debut. He grew up in Hawaii and played soccer his whole life. After moving to California for college, he changed course and decided to give combat sports a try.

“Just seeing B.J. Penn’s name come around and seeing his face all over Hawaii — everyone loves him,” Cachero said. “He’s a treasure down there. When I stopped playing soccer, I wanted to do something else, because I’ve always been competitive, you know? So I popped into an MMA gym and fell in love with the sport. I moved down to [Los Angeles] and eventually started fighting. Once I won my amateur belt, everything took off from there.”

After dropping his amateur debut, Cachero went 4-0 before making his jump to the professional level. As a pro, he is now 4-0 as well. His last fight was a decision victory over Nohelin Hernandez at Legacy Fighting Alliance 30. It may not have been the picture-perfect finish he was looking for, but it was a big win over a more experienced opponent.

“I think it proved to people that not only do I belong at this level, but I can excel at this level,” Cachero said. “I’m excited to keep the ball rolling in this next fight and show people why I’m one of the greatest fighters out of California.”

Cachero’s next fight takes place on Friday, July 20, at LFA 45 at the Morongo Casino Resort & Spa in Cabazon, Calif., which is about an hour and a half straight east from both of his main gyms, A4 Fitness and Fight Science MMA. The Brazilian Jiu-Jitsu purple belt faces Carlos Puente Jr., who trains closer to San Diego.

“He’s a guy from Cub Swanson’s camp, so I know he’s getting some decent training down there with Cub,” said Cachero. “I’m sure he’s training with T.J. [Dillashaw] and those guys. I already fought someone from T.J.’s camp before. I know what to expect.”

This will be Cachero’s third fight under the LFA banner. He is excited to be back, and he knows that the organization has proven to be a launching pad into bigger things.

“I’m really comfortable with that cage,” Cachero explained. “I’m grateful for the opportunity to once again be on TV and show the world what I’m all about. LFA’s got all the top prospects, and every single UFC show, it’s like half the card is people who fought for LFA or RFA or Legacy, you know? I’m excited to continue to prove why I belong there, and eventually I’m going to have my name on one of those cards.”

Cachero has a competitive spirit, a ton of raw talent and a unique view of MMA through the lens of the camera. However, he brings one thing to the table that his opponent does not, and that’s the spirit of Hawaii.

“It’s laid back,” Cachero said. “It’s not only a beautiful place to live in, but the people are beautiful. That’s what I bring and carry with me wherever I am. Even though it’s MMA and it’s a combat sport, I’m a lover, not a fighter, outside of the cage. In the cage, I’m as fighter as they come.

“Man, I bring violent, exciting fights every single time. It’s going to be a bloodbath. It doesn’t mean I’m going to be swinging hands and throwing bombs on people. It’s technical, but it is violent, and it’s very fun. It’s going to be beautiful destruction and my own precision violence.”

Cachero feels that he is the more well-rounded and technical fighter in his upcoming match-up. While he expects Puente to take more of the point-game path, he plans to work for the finish.

Cachero’s work for the famed Black House, which was co-founded by LFA CEO Ed Soares, has paid off. Not only has it proven to be a great opportunity for his visual-media career, but also for his fighting career.

“I do all of their social-media stuff,” Cachero said. “I get to shoot some of the greatest of all time. I shot Anderson Silva multiple times. I see these guys on the regular — on the daily — training. I pick up that footage, and it’s a good synergy. I’m constantly learning from my video job to my fight job.”

Cachero has expanded his career outside of the cage into shooting for motorcycle companies and head shots, but his passion lies in the fight game. Not only does he love the sport of fighting, but he loves capturing it on film to share its beauty with others. On Friday night, he will be on the other end of the lens, showing the world why he belongs in the upper echelon of the sport.