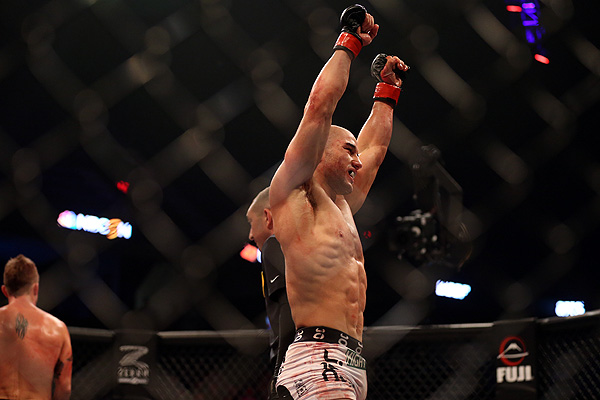 On Friday, June 1, the UFC hosted UFC Fight Night 131: Rivera vs. Moraes from the Adirondack Bank Center in Utica, N.Y.

In the night’s main event, surging bantamweight contender Jimmie Rivera clashed with former World Series of Fighting titleholder Marlon Moraes. Rivera had tasted defeat just once in his 22-fight career, a split decision loss in his second bout, and had won five straight bouts inside the Octagon. Brazil’s Moraes, meanwhile, stumbled in his UFC debut, a split decision loss to Raphael Assuncao, but had since rebounded with wins over John Dodson and Aljamain Sterling.