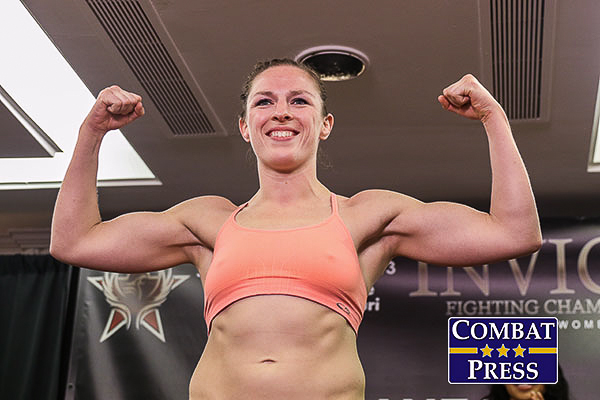 On Friday, May 4, Invicta Fighting Championships will host its 29th event from the Scottish Rite Temple in Kansas City, Mo.

In the night’s main event, the promotion will crown a new bantamweight champion as Canadian Sarah Kaufman takes on unbeaten German fighter Katharina Lehner. Kaufman, a former Strikeforce champion and UFC veteran, returned to the promotion earlier this year and defeated former No. 1 contender Pannie Kianzad by decision. Lehner, meanwhile, earned a first-round finish of Alexa Conners at Invicta FC 25 in August to earn her shot at gold.

The night’s co-main event also takes place in the bantamweight division as the aforementioned Kianzad welcomes Brazilian Bianca Daimoni to the Invicta cage.

The fighters hit the scales on Thursday, May 3. Results will appear below as they become available.