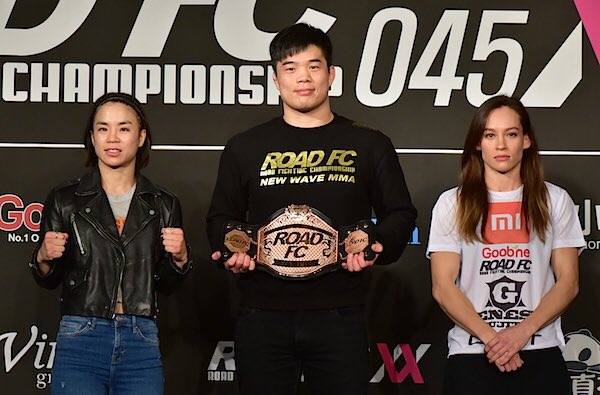 In the night’s main event, atomweight champion Seo Hee Ham made the first defense of her belt against Invicta FC veteran Jinh Yu Frey. Ham, 30, who competed in the UFC above her natural weight division, returned to the win column at atomweight against DEEP Jewels champ Mina Kurobe at ROAD FC 039 in June. Frey had won four of her past five fights with her only loss coming against the No. 1 atomweight in the world, Ayaka Hamasaki.