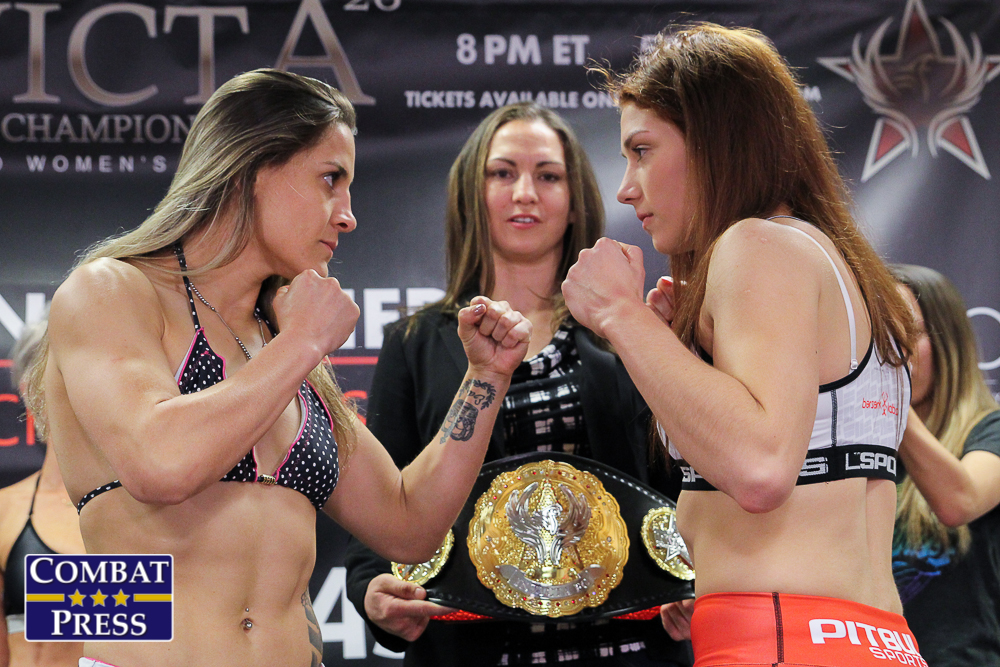 In the night’s main event, flyweight champion Jennifer Maia takes on undefeated Polish fighter Aga Niedźwiedź. Brazil’s Maia has been out of action since successfully defending her belt against recent UFC title challenger Roxanne Modafferi at Invicta FC 19 last September. Niedźwiedź, meanwhile, has opened her career with 10 straight victories, including a decision win over Brazilian veteran Vanessa Porto in May.

The night’s co-main event will feature a strawweight match-up between former title contender Kaline Medeiros and undefeated grappling ace Mackenzie Dern. Medeiros will look to bounce back from a title defeat to then-champion Angela Hill. A Brazilian Jiu-Jitsu black belt, Arizona’s Dern has opened her career with four straight wins, including two via submission.

The fighters hit the scales at 7 p.m. ET on Thursday, Dec. 7. For the full results, click here. Below is a photo gallery of the weigh-ins shot by Jeff Vulgamore for Combat Press. Click an image for a larger version.