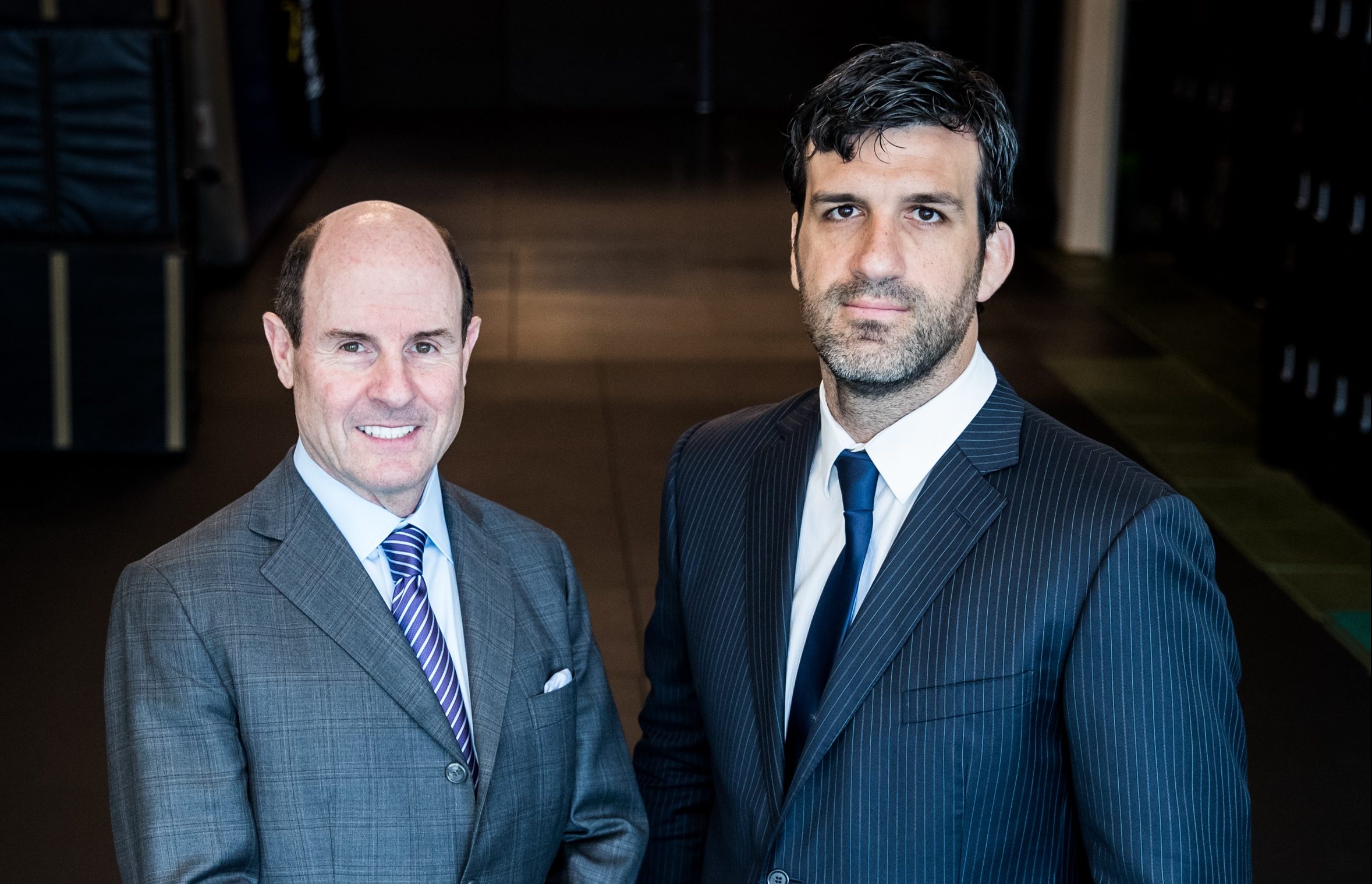 Kasai Elite Grappling Championships: The Birth of a New Promotion

Great minds think alike. When it comes to fight promotion, just like a restaurant or any other new venture, a lack of great minds — and also things like greed or self-promotion — can bankrupt the best-laid plans quicker than people knew they existed. Time and time again, the fight world has seen promotions go defunct. Even the original UFC was on the verge of implosion, before the Fertitta brothers and Dana White stepped in to not only rescue the organization, but turn it around to create a $4 billion entity.

Former CEO of Deutsche Bank securities and current President of Benefit Street Partners Richard “Rich” Byrne knows a thing or two about due diligence. With a background in credit analysis and middle-market direct business lending, he leaves no stone unturned. So, it is no surprise that as he attempts to turn his own passion into a reality, he made sure to do it right from the beginning. It all starts with the “why.”

Byrne’s biggest hobby in life is Brazilian Jiu-Jitsu. He was first introduced to the sport 12 years ago. He eventually received his black belt from the world-renowned Renzo Gracie, and now owns his own gym, Mushin Mixed Martial Arts, along with his business partner Erik Owings.

“Our gym started as kickboxing, grappling and CrossFit,” Byrne told Combat Press. “In the beginning, two-thirds of the members did CrossFit, and the rest mostly did striking, and we had a couple loyal jiu-jitsu guys. It was funny, because we would watch the CrossFit guys, and that’s their thing that they catch the bug in, and they kept looking over their shoulders and wanted to try martial arts.

“The gateway drug was striking. You kick and punch pads, and they got that. They would look over their shoulder again and then they wanted to try the jiu-jitsu. Now, seven years later, our gym is 75 percent or 80 percent jiu-jitsu with guys who show up every single day. I mean, they’re just completely addicted. You see that level of addiction, and, to me, that’s what you bet on. You’re betting on a sport that may not be fun to watch all the time, but, boy, is it fun to do. It seemed like a basis for creating something cool.”

Owings is a well-known trainer in the New York area. He has a lot of friends and acquaintances who are extremely high-level members of not just the BJJ world, but of fight sports in general. One of the top instructors at the Renzo Gracie Academy is Rolles Gracie, son of the legendary Rolls Gracie, a true pioneer of modern-day BJJ. Owings eventually got Byrne connected with Gracie on a business level.

“I’ve known Rich for a long time,” Gracie said. “He’s been training here at Renzo’s for quite some time now. As a matter of fact, when he sent his paperwork to IBJJF to get his diploma, I was the one who signed it. We also have a very good friend in common, Erik Owings, who is part of our team. I was working out with Erik, because he’s a physical trainer and a black belt in jiu-jitsu also. We always talk, and Erik has a lot of ideas and stuff. We were talking about tournaments, and I was telling him my ideas for a tournament. He was like, ‘Man, Rich has been wanting to do a tournament. I should get you guys together.’ When we got connected, things evolved from there.”

This year, the three men, along with fight-sports marketing guru Ken Gelman and UFC great Kenny Florian, have finally put their idea into a plan of action. What started as a few loosely collaborated ideas about growing the sport of BJJ on the East Coast has evolved into Kasai Elite Grappling Championships. While the format of the planned events is by no means new, the way they have brought the plan together is fairly unique.

“It was a long time coming,” said Byrne. “This was a lot of conversations, a lot of talking, a lot of thinking, and a lot of different people who I’ve interacted with over a long period of time. This is finally putting all of that into action. Jiu-jitsu, generally, is very fragmented. You look at the UFC, and you look at all of the success. It’s a little harder to market jiu-jitsu, because it’s a little more specialized and, frankly, a little underappreciated. My vision is the ability to put on a more exciting, more interesting event.”

Once up and running, the format will be reminiscent of the original Ultimate Fighting Championships. The core of each event will be a one-day, eight-man tournament in one weight class. There will be two brackets of four, competing round-robin style, before the fight between the top guy from each bracket vying for gold and silver. The second-place competitors from each bracket will compete against each other for the bronze. The format will be six-minute matches, no gi, and it will always be black-belt level competition. In addition to the tournament, there will be at least one superfight per event, and eventually some lower-belt feature matches as well.

“Hopefully, this is in a set of rules that are more interesting,” Byrne said. “No artificial overtime, no stalling points, no obscure rules where nobody understands what’s going on. I call it ‘patty cake’ when they start on the feet, and they are looking for a spot or whatever, and it kind of looks to the novice like they’re just holding the gi or, in our case with no gi, they’re just holding each other’s arms. We want none of that, just pure action.

“There’s a lot of different rule formats out there, and they all sort of gravitate to certain specialties within jiu-jitsu. [Eddie Bravo Invitational] specializes in the submission-only crowd, and you see a lot of the same people there. IBJJF and ADCC may be a little more broad, but they’re not created for a sit-down-and-watch-a-tournament format. I think we have the chance to do something in a space that’s very fragmented that could be, if we’re right, more and better.”

One of the biggest challenges in grappling promotions is just what Byrne described. Unlike the UFC, where everybody can understand a highlight-reel knockout or choke, if someone is not an avid follower or practitioner of submission grappling, it can be difficult to understand grips, positions, and even who’s actually winning at any given point in time. By only having six-minute rounds in a round-robin format, there will be a big incentive to keeping the action going.

In addition to a more exciting format that will hopefully create more appeal for the general public, Byrne and the team also understand that, in this day and age, production value is a huge part of creating a successful entertainment business.

“If you watch some of these other productions, it’s hard to make money — they don’t have big gate, they don’t have big pay-per-view, and, a lot of times, it’s about promoting their names or their gyms or whatever,” Byrne explained. “It’s a minimal cost effort. I find it incredibly entertaining, so I’m not poking holes, but I think we’re going to approach it differently with something that has really high production value and high quality. Not quite the UFC, because it’s not as big, but something more akin to that.”

While production, competition structure and promotion are one aspect of this type of entertainment business, BJJ is a very pure sport. The fighters and the logistics surrounding them are what can really make or break the venture. That’s where Gracie comes into play.

“I’ve been doing a lot. Everything [from] logistics to finding a venue, finding talent, dealing with talent, making sure all of the details will please the talent, because who puts on the show is the fighters,” Gracie said. “People are not going there to see the president, the COO, the CEO, and all the guys behind the scenes. They want to see the fighters, so we want to provide a stage for them to put on a show. My job is to make sure this happens.

“We want to be here for the long run. That’s our plan. We don’t want to be another organization that throws a lot of money into it and then, all of a sudden, the organization is not there anymore. We want to start slow, build up, and be there for the fighters. We want to start with local talent in New York. Our pool of talent is huge, and these guys are not getting showcased much, because most of the tournaments are on the West Coast.”

The kickoff event will take place on Oct. 21 in New York City at Baruch College in Midtown Manhattan. The first event will not feature the normal planned format, but rather an amateur tournament, more like the typical regional grappling tournaments, that will include all weight classes and belt divisions. However, there will be one highlight match-up with future implications.

After the October event, the first pro show will take place sometime in November. The Kasai team is planning to get together eight killers to put on a great night of fights, with each fighter competing a minimum of three times due to the round-robin format. While venues, fighters and many logistical pieces have yet to be determined, the dream team of Byrne, Gracie, Owings, Gelman and Florian are sure to put their best feet forward to put on an exciting event in an attempt to thrust the East Coast into the national grappling spotlight.

“We are a package, and this is our collective idea,” Byrne said. “We think of it as a team, and we talk about it all the time. Sometimes I think the most successful businesses are the ones where you are really passionate about it, and you really sort of work together. I’m probably the protagonist here, pushing to get this off the ground, and Rolles is more of the day-to-day interface, matchmaking and sort of working it. I have a day job, and Rolles has a little more time and expertise. What an exceptional guy. He’s had an incredible career and Gracie lineage, and just a passion for this.”

Stay tuned for more updates as Kasai Elite Grappling Championships continues to build its brand in anticipation of the first amateur tournament in New York City on Oct. 21. After that, the Kasai team will be ready to launch the East Coast BJJ scene into the national spotlight.