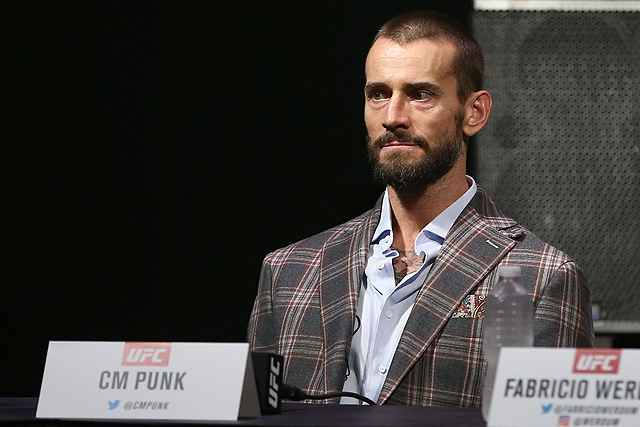 In the words of Jay Z, guess who’s bizzack?

Mein showed potential from the beginning of his career, which began at 15 years old in a bout against a 16-year-old Rory MacDonald. Mein brought main stage attention to himself in Strikeforce, with a highlight-reel victory over Evangelista “Cyborg” Santos. After a 2-1 record in Strikeforce, Mein took a fight outside the organization and went on to compete in the UFC.

Mein had great showings in the UFC, compiling a record of 3-2, before retiring at 24 years old. As the age old saying goes, “never say ever,” because Mein is allegedly returning to MMA. Rizzo and Kelly talked about Mein’s time away, if he returns, who it benefits and how.

With UFC 203 in the books and CM Punk behind us, the hosts talked about the event and the spectacle. Rizzo and Kelly tried to understand the complaining from the purest fans, but explained why nobody should be bitching. Along with addressing Punk’s UFC debut, the hosts also talked about Jimmie Rivera’s victory over Urijah Faber, Fabrico Werdum vs. Travis Browne, and heavyweight champion Stipe Miocic defeating Alistair Overeem.

If you’re a longtime listener of RNC Radio, you already know Rizzo wasn’t letting a show go by without talking about women’s MMA. Rizzo and Kelly talked about the 20-pound gap between the UFC strawweight and bantamweight divisions, as well as explained the benefits of a women’s flyweight division.

On a somber note, Rizzo and Kelly ended the show sending their condolences to the Florian family. Former UFC title contender and current UFC commentator Kenny Florian lost his brother, Kirk, and the news came out during recording. We wish the the Florian family strength in this difficult time.