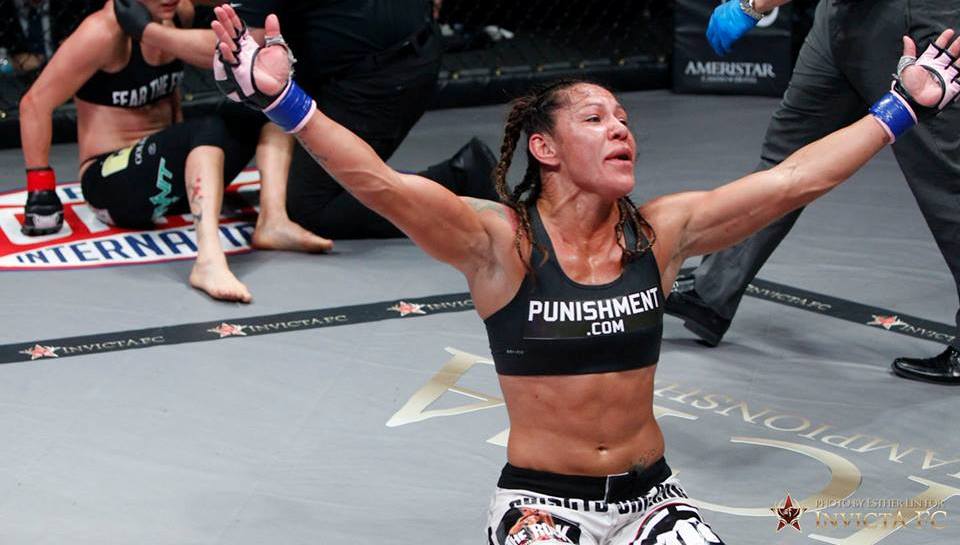 Justino was originally tabbed to fight recent Invicta FC featherweight champion Megan Anderson, but the Australian was removed from the card and replaced by the current Invicta bantamweight titleholder Evinger.

The 31-year-old Justino has not tasted defeat since 2005, a stretch that spans 18 fights. Fifteen of her 17 career wins have come via knockout, including two straight inside the UFC cage.

Evinger, meanwhile, enters the match-up riding an 11-fight unbeaten streak of her own, including two defenses of the Invicta bantamweight championship. The veteran racked up seven wins with one no-contest in her eight-fight stint with Invicta FC.

The shake-up also impacted Invicta FC 24, which takes place Saturday, July 15 in Kansas City, Mo. Anderson was originally slated to face Helena Kolesnyk in the night’s main event, but was replaced by Evinger when the Aussie was called up to the UFC. Now, with Evinger again taking her place in the UFC, a flyweight bout between UFC veteran Milana Dudieva and newcomer Mara Romero Borella has been elevated to the Invicta main event.

UFC 214 takes place from the Honda Center and airs live on pay-per-view. It will be headlined by the highly anticipated rematch between light heavyweight champion Daniel Cormier and former titleholder Jon Jones.