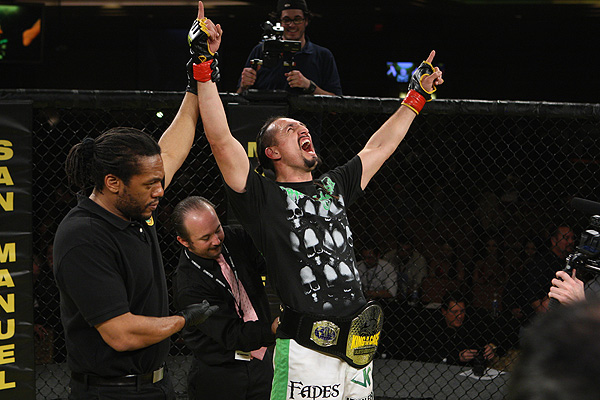 In the evening’s main event, long-time King of the Cage heavyweight champion Tony Lopez looked to add yet another title to his mantle when he took on Alaska FC heavyweight champion Mika “The Monster” Faavale. Lopez has wins in 50 of his 76 fights, including victories over 10 UFC veterans. “Kryptonite” has held titles in KOTC, Gladiator Challenge, Unified MMA, Sugar Creek Showdown and Arena Wars. Faavale was unbeaten in his relatively young career with four knockout wins in four career fights.