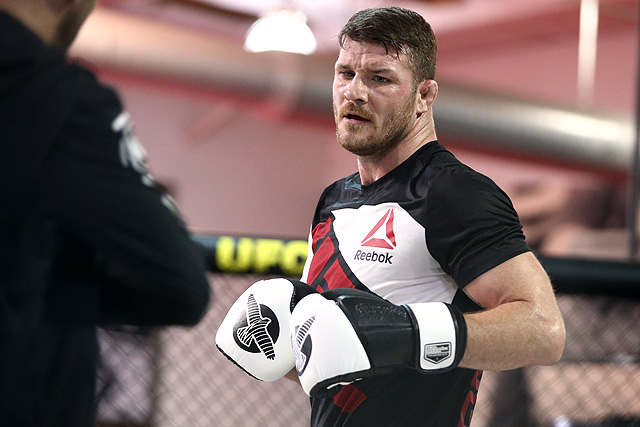 If nothing else, you had to respect Michael Bisping’s gumption.

But when he accepted a rematch with Luke Rockhold on 10 days’ notice — this time for the middleweight title at UFC 199 — few people within the sport thought it would be anything more than the blowout Rockhold enjoyed in their first fight in 2014.

Bisping, though, believed. In the end, that’s the only thing that mattered.

“The Count” stunned Rockhold with a devastating left hook and the champ never recovered. Bisping was relentless in searching for a finish. When Rockhold couldn’t bounce back, Bisping scored the biggest win of his standout career.

Bisping had earned UFC gold, something that seemed to be the one thing that would forever evade the British talent, and earned the 2016 Combat Press Upset of the Year in the process.

The decision was an easy one on a number of levels and a nod to how Bisping refused to give up on his ultimate goal in the sport.

Chris Weidman pulled out of the rematch against Rockhold with an injury, but it came dangerously close to being too late to book a replacement. Plus, not many wanted to jump in and face Rockhold with less than two weeks’ notice. Rockhold had just won the middleweight crown with his impressive performance against Weidman at UFC 194, his fifth straight victory and his 14th win in his last 15 fights.

One of those victories was a decimation of Bisping in which Rockhold simply appeared to be the bigger, stronger and more athletic fighter. Bisping jumped at the opportunity to redeem himself, darting off a movie set for the biggest fight of his career.

Bisping was his usual brash self in the days before the fight, exuding extreme confidence despite the result of the first meeting. Rockhold, meanwhile, appeared to never view his counterpart as a legitimate threat, both in the build-up and in the few moments the fight lasted.

Bisping took advantage, belting Rockhold and ultimately finishing the job in remarkable fashion. It played out as one of the most shocking moments in UFC championship history. It was a storybook culmination for Bisping, who was always regarded as very good but not quite great enough to be champion.

One left hook and a series of punches forever changed that opinion and earned Bisping both the 2016 Combat Press Upset of the Year and his long-desired UFC championship.