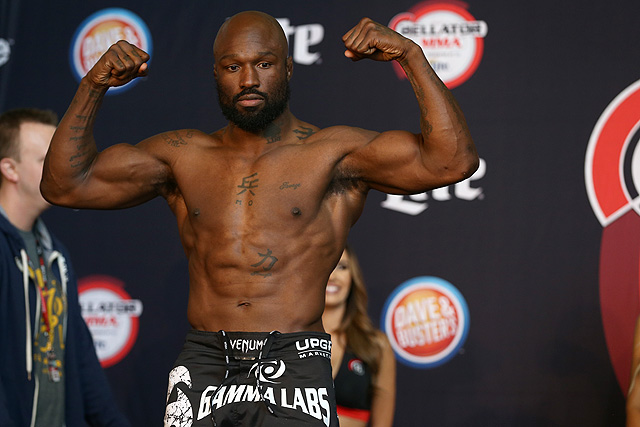 On Friday, Dec. 16, Bellator MMA will host its 169th event from the 3Arena in Dublin, Ireland. The card is a joint effort with U.K. promotion BAMMA.

In the night’s main event, former light heavyweight title challenger Muhammed “King Mo” Lawal will square off with Japanese judoka Satoshi Ishii in a heavyweight bout. The Rizin 2015 Heavyweight Grand Prix winner Lawal saw a seven-fight winning streak come to an end in May with a controversial decision loss to Phil Davis at Bellator 154. The gold medalist Ishii is also coming off a controversial decision defeat in the Bellator cage, falling to Quinton “Rampage” Jackson at Bellator 157 in June.

The five-fight event will air on Spike TV via tape-delay at 9 p.m. ET. Below are the results of the event’s weigh-ins.