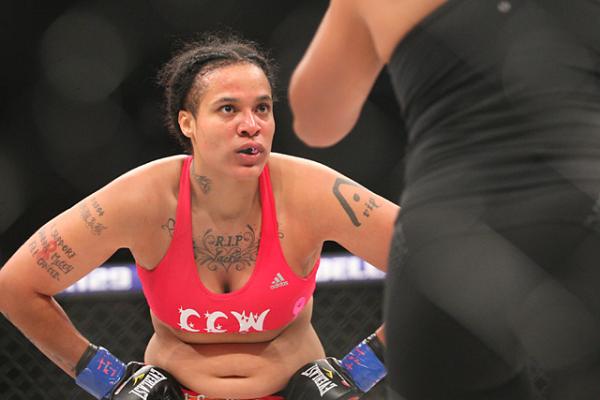 Out of Obscurity: DCS DC 50, Combate Americas 9 and Legacy FC 61

The women’s lightweight division isn’t the busiest of weight classes. Invicta has tried to get the division going, but it’s been an uphill battle. This leaves it up to the regional promotions to host the occasional 155-pound female fight. Dynasty Combat Sports is stepping to the plate to offer an intriguing match-up at its 50th event. Jozette Cotton is set to meet Bobbi-Jo Dalziel in a clash of undefeated female lightweights.

Cotton, who topped Holly Lawson in her Bellator debut, started fighting as an amateur in 2012. The Nebraska native picked up a TKO win and a unanimous decision before transitioning to the pro ranks in September of the same year. She made her debut against Kate Bloomfield and scored a second-round TKO victory. Among her subsequent victories, the “#1 Head Busta” needed just 93 seconds to knock out fellow ranked fighter Elshaddai Cleffman and was able to edge Jessica Halverson, another ranked adversary, on the scorecards. Her most recent outing ended in another decision nod for Cotton, this time against Kilistina Makihele. Cotton’s biggest struggle might be with the scales. Despite the lightweight tag given to this fight, Cotton has regularly checked in at anywhere from 160 to 170 pounds.

Dalziel has faced a problem common to female lightweight fighters: a lack of fights. Following an amateur run that extends as far back as 2008, the Canadian prospect made her pro debut in 2014. She stopped Tamikka Brents via TKO in the third round. Dalziel had scheduled fights against Anna Barone and Charmaine Tweet scrapped before finally making her sophomore appearance under the Cage Fury banner, where she needed just 30 seconds to land a head kick and knockout out Andria Wawro. Dalziel is a striker with a lanky 6-foot frame.

Cotton has a tendency to clinch up and use trips to drag her opponent to the mat. If that doesn’t work, she relies on her size to simply bully her foe to the canvas. Once on the ground, Cotton has an aggressive ground-and-pound attack that has contributed to a spotless record and three stoppages from strikes in her six-fight career. Cotton has demonstrated dominance from the top and an ability to escape from the bottom.

Cotton’s strengths are bad news for Dalziel. The Canadian looked good on the feet against the aforementioned Brents, but she had a ridiculous edge in height and reach against a fighter who chased her too much without going for enough takedowns. Cotton is only two inches shorter than Dalziel, and she’s certainly out to close the distance and plant her opponents on the ground. Dalziel’s biggest hole is probably in her takedown defense. Brents, despite her overall ineffectiveness, did manage to engage in the clinch and drag Dalziel down. Cotton can do the same thing with greater regularity and effectiveness.

Dalziel will need to stuff takedowns and drive home knees to the head and body of Cotton. However, Cotton’s insistence on bringing Dalziel to the mat will make it difficult on the Canadian for the length of this encounter. Dalziel could score points on the feet, but she’s likely to lose this fight on the ground.

Fight fans may remember Combate Americas CEO Campbell McLaren from the early days of the UFC. It just so happens that McLaren produced the last live televised MMA event set in New York state, 1995’s UFC 7. Now, as the head of Combate Americas, he’s prepared to deliver the promotion’s first-ever championship bout at the company’s New York debut event. The contest is for the vacant bantamweight title and features up-and-comers John Castañeda and Gustavo Lopez.

Castañeda, also known as the “Sexy Mexy,” has two losses, but both came to the same fighter. Matt Brown — not the Matt Brown of UFC fame, by the way — stopped Castañeda via strikes in their May 2014 meeting and then squeaked by with a split decision in their rematch five months later. Every other fight has ended in a win for Castañeda. The Mankato Martial Arts and Minnesota MMA Academy product has scored 11 wins, including notable victories against veterans Joe Pearson, Federico Lopez and Gabriel Solorio. The 24-year-old earned his way into the championship bout with victories over Justin Governale and the aforementioned Lopez and Solorio during the Combate Americas “Road to the Championship” series. Overall, Castañeda has submitted four opponents and knocked out an additional four men.

Lopez is a disciple of UFC veteran Bryan Caraway and former UFC champion Miesha Tate. The 27-year-old Xtreme Couture export started fighting professionally in 2012 and won his debut before suffering unanimous decision loss in his sophomore outing. The Washington native has been perfect ever since, with wins over one- or two-fight veterans before encountering then 6-6 Saul Elizondo, whom he put away with strikes in the second round. Lopez’s route to the title fight came with victories over Mauricio Diaz, Joey Ruquet and the aforementioned Elizondo. He has three finishes by some form of knockout and two via submission.

Castañeda has a strong ground game to accompany a sneaky striking arsenal. He’s punished opponents with body shots and head kicks to score the finish, but he can also control the fight on the mat and ground-and-pound or grapple his way to victory. He’s not easy to hold down, either. He can power his way out of the bottom position for reversals or scrambles.

Lopez is equally aggressive, but he lacks experience against veteran competition. Castañeda has worked his way past several seasoned vets and emerged with victories on almost every occasion. Castañeda will enjoy a height and reach advantage, which should benefit his in-and-out striking game. The Minnesota-based fighter has good movement on the feet and he’s going to be a handful on the ground. These guys could combine for a fairly even fight, but Castañeda’s experience is the deciding factor in this contest. “Sexy Mexy” will become the first-ever Combate Americas champion.

The Legacy Fighting Championship will combine with the Resurrection Fighting Alliance next year, but the Texas-based promotion still has at least three shows remaining under its current name. The 61st edition of Legacy FC is slated for Dallas and was to feature a title fight at the top of the bill — Steven Peterson missed weight for his bantamweight title defense, leaving the championship status of that affair in question. Despite the (potential) championship match, our attention dwells further down the card to the next test for women’s strawweight super prospect Mackenzie Dern. In only her second pro fight, Dern, who also missed weight, is set to meet Montana Stewart, an eight-fight veteran.

Dern is a jiu-jitsu world champion who currently sits atop the rankings of female grapplers in the sport of jiu-jitsu. She holds an ADCC title, and she defeated Gabrielle Garcia during her quest for the open weight championship. Dern’s pro MMA career kicked off with a dominant victory over Kenia Rosas at Legacy FC 58 in July. Dern won the fight by unanimous decision. The 23-year-old is based out of MMA Lab in her native Arizona.

Stewart is two years younger than her opponent, but she has a much longer MMA resume. The Texan fighter debuted in 2014 and stumbled to decision losses in her first two fights. She’s righted the ship since then, going on to win six straight. Stewart, who began her career as a flyweight, has not faced any true veterans yet, but Dern is certainly a stout test, despite the grappler’s inexperience in the sport. She has a background in wrestling and grappling, and she has four submission finishes in her young MMA career.

Dern wasn’t able to get a finish against the extremely durable 19-year-old Rosas. Stewart’s going to have her work cut out for her as well in avoiding Dern’s aggressive submission game. Dern went the distance with Rosas, but it wasn’t for lack of trying. The Brazilian Jiu-Jitsu black belt attempted armbars and toeholds to no avail. Stewart will be fortunate if she can survive those same attacks. While the Texan fighter has stepped up following two losses, she’s not on the same level with Dern. This should be another showcase fight for the decorated grappler.