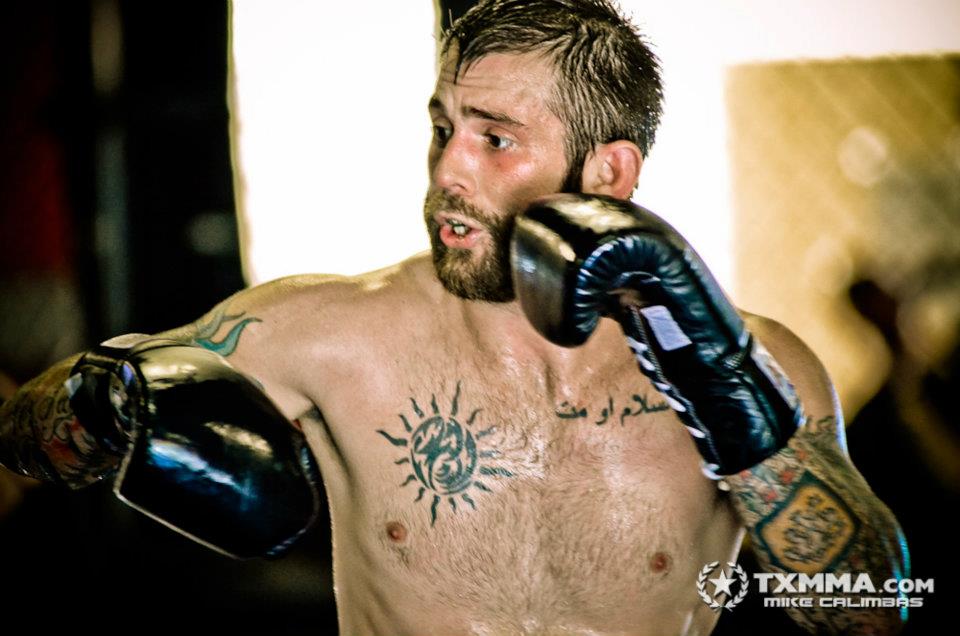 These are the three values members of the U.S. Marine Corps swear and live by. Jeremy Mahon serves as proof that these values stay with a veteran far beyond his time of service to his country. The mixed martial artists has incorporated these values, along with his unwavering selflessness, to create a positive influence in a community desperately in need.

Post-Traumatic Stress Disorder, or PTSD, is a psychiatric disorder that is prevalent among combat veterans. The horrors of war leaving a lasting impact on a veteran’s mind. What they have seen, they cannot unsee. What they have done, they cannot undo. The PTSD Foundation of America reports that one in three troops returning from deployment are diagnosed with serious post-traumatic stress symptoms. The effects of this disease are staggering: broken marriages, withdrawal from society and, in the severe yet too common case, suicide.

Mahon may be retired, but he’s still on a mission. His foundation, the DAWG Foundation, is out to help veterans survive and cope with this condition.

“What we do is we train service dogs and then we pair them with veterans that either have combat-related Post-Traumatic Stress Disorder or traumatic brain injury,” Mahon told COmbat Press. “I’m a former Marine. I deal with a lot of issues myself, and 99 percent of the other guys I was in the Marines with are dealing with those same issues. Since returning from overseas, I’ve had now it’s 11 friends I know commit suicide. It’s a huge epidemic. Over 22 [veterans] a day are committing suicide. This is something to where I wanted to give back as much as I could. The more I can do to help out, the more we can get that number down, hopefully.

“We started this in 2014. We’ve gotten a lot of publicity over the past year because of what I’ve gotten to do with mixed martial arts and being able to get the word out. My stepmother, who is our lead trainer, she’s a world champion for frisbee dogs, so she’s pretty known within the dog community. So, between us, we’ve been able to grow faster than most startup foundations without a big marquee guy or a big bankroll funding behind it. Everything we’ve got is through donations and fundraisers we’ve put on.”

Mahon’s initiative to start the DAWG Foundation was born of many reasons. He grew tired of seeing those close to him affected. The calls. The messages that another brother in arms had taken his life. These things can take their toll. However, it wasn’t until a visit to help a friend that the idea came to fruition.

“It’s been something I’ve gotten really involved with,” said Mahon. “Another friend of my mine, Chad Robichaux, started the Mighty Oaks Foundation, and they help with PTSD with veterans. I was doing some work with them in Colorado. He was training for fights for Bellator and [World Series of Fighting], and I was out there helping him get ready. And I’m watching these guys go through this program out there, and it was like a calling.

“I saw how good it felt to help them, so I started volunteering and getting more involved with the veteran community, and through Facebook one day someone tagged me in a post that was an article about service dogs helping with PTSD. I forwarded the article to my dad and my stepmom, because they are dog trainers, and asked if this was something they could do or if they’ve heard of this. They read into it and they liked what it was, but didn’t get back to me right away. My dad was at a dog convention or something and there was a booth out there with service dogs for veterans, and after him getting a chance to talk to them, he realized this is exactly something that they can do. He got back with me that next week and we started the DAWG Foundation. We went out to eat, just started brainstorming certain things we could do, and it was kind of born like that.”

A big investment is required to pair veterans with service dogs. It’s not as simple as heading down to a shelter, picking out a dog for a veteran and sending them on their way. It’s a long, intricate process to ensure that the pairing goes smoothly and the relationship that ensues is a lasting one.

“It takes a lot of time and money, and it’s an asset, something that’s going to help a veteran, so the process of picking a dog is pretty hard,” explained Mahon. “We’re looking for a certain temperament. Any breed could work, but not necessarily would work for us. We don’t have anything against pit bulls, Rottweilers, Dobermans, those bigger dogs, but the public already looks at those dogs in a certain way and when we’re dealing with guys that have psychological issues to begin with, for them to have a dog at Denny’s that everyone’s looking at afraid, it’s causing more of a scene. So we’re getting breeds like Labradors, Shepherds. We’re looking for dogs without a history of medical conditions.

“Then we have our basic training, which is everything from obedience to service stuff that is specific to that veteran. Then, the last three months, we have the veteran down there with the dog, getting specific training.”

Dogs are intelligent animals. The commands they can learn in a short period of time is remarkable. Not much is out of the realm of possibility with their training.

“We’re just finishing up with a veteran right now, and one of the issues he has is he stays at a hyper state of alertness because he feels like he needs to check the rooms in his house and make sure nothing is going on,” said Mahon. “So, one thing we’re teaching this dog to do is, this guy can give a command, he can stay in his living room and the dog will literally go to each room and there’ll be a bell in each room and he’ll ring the bell if the room is safe. [The veteran] can have that peace of mind. A dog can also help in public, giving a bubble, a perimeter, so nobody can get inside the veteran’s space.”

In just a short period of time, Mahon’s DAWG Foundation has paired three dogs with veterans. Each process takes up to eight months and costs upward of $22,000 by the time it’s all said and done. Boarding, travel and lodging for the veteran and administrative costs all are included, which is why it’s such an expensive investment. However, the experience has been worth it. This is only the beginning for an operation Mahon is looking to grow.

“It’s been great,” said Mahon. “The first dog that we got out went to a guy in Colorado and things have been really good for him. He’s kinda socially been doing things that he hasn’t been able to do because for years he just kinda sheltered himself in the house and wasn’t one to get out. Now he’s able to live a more sociable life, which is great because he’s married, he has three children. This guy has to get out and function as a husband and a dad. Having that dog around has got him out of his shell. Just like the others, we’ve had nothing but positive feedback.”

Mahon’s role as a fighter has helped him to spread awareness for his foundation. He’s been using the opportunity that’s ahead of him, the biggest fight of his career, to do so. In a matter of days, the bantamweight will enter the cage for Bellator MMA as part of Bellator 149’s preliminary card. Mahon will face Davis Sylvester at the same event that features Ken Shamrock, Royce Gracie, Kimbo Slice and Dada 5000.

“It’s been two years since I fought, and I’ve just been telling everyone that I wasn’t closed to the idea of coming back if it was the right opportunity — something big, something I could help push my foundation through and get excited for,” said Mahon. “Lo and behold, this opportunity comes up. It’s for Bellator, it’s home. It’s fighting another veteran, a Marine that I have much respect for in Davis Sylvester. It hasn’t been hard to get up for this fight. I’m extremely motivated.”