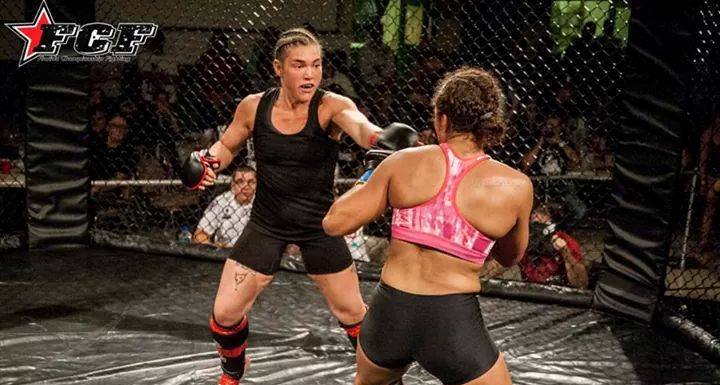 MMA, to the casual sports fan, can be perceived as brutal, ferocious and full of thugs. If my grandmother were alive today, I can just hear her say, “Why all the tattoos?” and, “ Why do you like such a bloody sport?” This from a woman who loved basketball and football. There are likely thousands of folks just like her who just wouldn’t watch an MMA bout of their own volition.

But those folks only see the surface. They only see what they want to see, to speak frankly. MMA fighters have a particular set of skills, to be sure. They can snap an arm, a leg or a neck, but the desire to actually cripple or maim their opponent is just not there. They want to win. They want to compete. They view fighting as one of the most pure options in the world.

Fighters typically display a level of class that most non-MMA fans would believe only exists in chess or croquet. After 15 or 25 minutes of pure all-out brawling and pummeling each other, it’s not uncommon to see the declared winner raise the hand of their adversary or to see the fighter concerned about a downed opponent. It’s rare for the smack talk or bad feelings of pre-fight hype to continue once the final bell has sounded.

Sportsmanship after the fight, in itself, isn’t newsworthy. But let me tell you about something that recently happened that had even a veteran referee in awe.

At World Class Fight League 13 in Tampa, Fla., on Oct. 17, there was an all-amateur card. It suffered the usual problems that professional and amateur cards can suffer. Fighters had to pull out of fights at the last minute due to injury. Those withdrawals included Angel “DaKilla” Keihl’s opponent.

Keihl was slated to fight at 180 pounds, but her opponent was injured just two weeks before the fight.

An amateur female fight at 180 with only two weeks’ notice. Let’s let that sink in for a moment. It’s hard enough to find females at the last minute to fight at 125, 135 or 145 pounds. Keihl thought she’d have to wait for another opportunity, for sure. But then Miranda Kay Barber stepped up. Barber had never fought. This was to be her debut, and she agreed to fight with only two weeks to prepare. Furthermore, she had to gain seven pounds just to be able to make the catchweight of 175 pounds.

“No matter who got the W after the fight, she won the fight before it even started,” Keihl told Combat Press. “She stepped up and was game and ready to go. It takes a lot to come in and make your debut knowing that your opponent is going to be bigger.”

In the first round of the fight, Barber made her statement with a nice hip toss of Keihl. There was a scramble and Barber ended up taking Keihl’s back.

“My coach was screaming at me — ‘Don’t you let her get your arm!’ — because I’d lost my first fight and one of the others by armbar,” explained Keihl. “I didn’t tap in my first fight and ended up with a broken arm courtesy of Felicia Spencer, so I knew [Barber] wasn’t going to get my arm. And if she got me in a choke, I wasn’t too afraid. The worst she could do was put me to sleep. But I don’t really have a neck because of my shoulders. I know anything can happen in an MMA fight, but I wasn’t too concerned when she had my back.”

Keihl was able to shake Barber off in the first round. In the second, Keihl took control and showcased some very good striking when they were at distance, but the majority of both rounds was spent against the cage. It was a very grueling and tiresome way to fight.

The third round opened with both fighters showcasing their striking. Keihl was definitely getting the better of Barber. Then Barber threw a head kick.

“When she threw that, I immediately went forward and she answered with a beautiful spinning back fist,” said Keihl. “That thing seemed to come out of nowhere and was just gorgeous. I think that was the move of the fight. It was amazing.

“And that fired me up even more. My coach says he can tell when I am getting into it because I will just get this grin. We are rolling or sparring and then all of a sudden it clicks and I just start smiling. Coach got me this hoodie with smiley faces all over it. I don’t want my opponents or people to think I am being disrespectful. I just really enjoy and love being in the cage.”

Keihl’s smile after the spinning back fist was enough to make the announcers comment on it. They braced themselves for more fireworks.

“I went forward and we ended up against the cage again, and she actually had my back to the cage and I felt her body give out,” said Keihl. “It felt like she was just done. That’s when I started talking to her.”

The announcers noticed it and thought she was telling herself not to quit. The referee, Ross Kellin, heard it too.

“You could tell that the other girl was fading,” Kellin told Combat Press. “Angel’s back was against the cage and the girl was just dying on her. Then you hear Angel say, ‘Keep fighting. Don’t stop.’ At first I thought, ‘What?’ Then I realized she was talking to her opponent. I really think that motivated [Barber] for the last 30 seconds.

“It was really cool to see. I actually said something to [Keihl] about it right after the fight, but I don’t think she remembers it or even registered at that point. Most people don’t care about each other, but this girl, she didn’t want her opponent to quit. You definitely don’t see it during fights. After maybe, but not during a fight.

“I’ve been reffing 20 years and I have never seen anything like it. I am happy to have been able to see it up close. I don’t think either one would have said anything about it after, and I don’t even know if Barber remembers, but I wanted to make sure people knew about it, so I wrote about it on Facebook. It’s a great life lesson for everyone.

“There is just something different when women compete. A lot of people look forward to the women’s fights even more than the men’s. They bring a little something more to their fights. I feel so honored to have been the ref for that fight.”

So, what was going on in Keihl’s head at the end of the fight?

“I am horrible. Now I am 1-3 and no one knows the story behind it or how I got there,” she said. “This was her debut and she went the whole way. In my first fight, I was finished. She went the distance in an all-out brawl. In the third round, she was leaking [from a bloody nose], but she was still coming forward. That is something you can’t take away from someone, and I didn’t want her to regret not finishing strong. So I told her, ‘No matter what, don’t give up. Keep fighting.’”

There are multiple examples of fighters who grin after getting popped. We’ve all seen it. One fighter tags another and they both smile and acknowledge it. They might even tap gloves. But it’s a rare thing for one fighter to exhort the other to keep going. Perhaps Keihl’s unusual approach is due to her unusual arrival to MMA.

“As a kid, my parents tried to get me into taekwondo and karate, but I really loved football and team sports,” Keihl said. “I was the little, fat, athletic girl who turned into a morbidly obese girl later in life. I started partying hardcore and had to leave the state. But then I fell into the same type of crowd and needed to come back.

“This guy came into my work and was talking to me about Team Trauma. It sounded amazing. But I was over 300 pounds. I was going to have to change. I was drinking too much. MMA has saved my life. I know it sounds cheesy, but it’s not just a sport. It’s everything. It’s the people. It’s the team and coaches. I have only been training around two and a half years. In March or April of 2016, it will be three years.”

Keihl didn’t quit on herself and she didn’t want Barber to quit either.

“My friends call me the walking motivational poster,” Keihl revealed. “I grew up watching UFC fights with my dad. I was excited to watch two people go into a cage and begin hurting each other. I know I am a weird one, but I love it. And here I am. It turns out I am good at getting punched in the face and even better at punching people in the face.”

MMA may have saved Keihl’s life. She has learned what a brutal thing life can be, and she has learned she can go the distance. She can do it while building up the others around her, too, including her opponents. No matter what her win/loss ratio turns out to be when she is done fighting, Keihl is a champion.