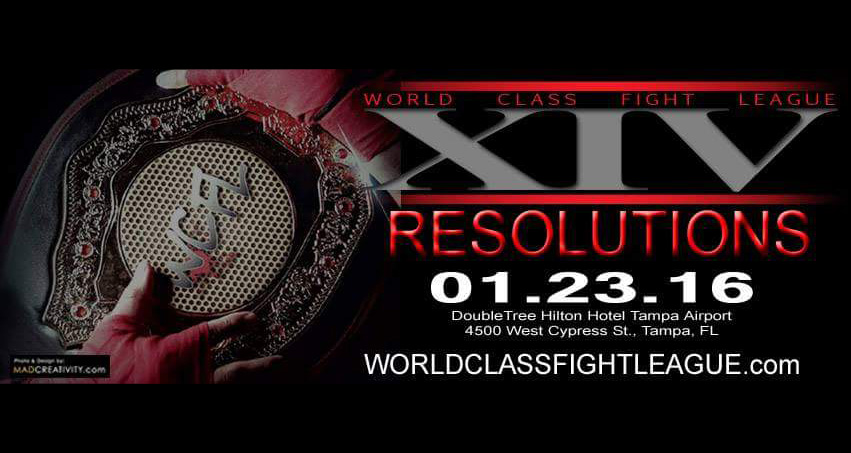 On Saturday, Jan. 23. World Class Fight League held its 14th event in Tampa, Fla., in front of a sold-out crowd. It was the promotion’s second pay-per-view card.

There were four titles and one interim belt on the line among the 18 total amateur fights. The main event featured Ronnie Tisdal challenging Blake Smith for the 155-pound belt. Tisdal was game but Smith was too fast and too technical. Smith retained the belt with a third-round TKO.

The interim title bout was at 145 pounds and featured Joe Froehner vs. Mike Rivera. It was a very close fight that went to the judges. Froehner got his hand raised by way of split decision.

The 170-pound title was successfully and decisively defended by Charlie Russo when he knocked David Craft out in only eight seconds. It’s worth noting that Craft took the fight on two days’ notice.

The 125-pound championship was on the line when Max Quinones defended his belt against Luis Gonzalez. The fight went all three rounds and Quinones was declared the winner by unanimous decision.

Sarah Kleczka successfully defended the 135-pound women’s belt against Katherine Grasshopper. Kleczka was able to take Grasshopper’s arm in the second round at 1:28.