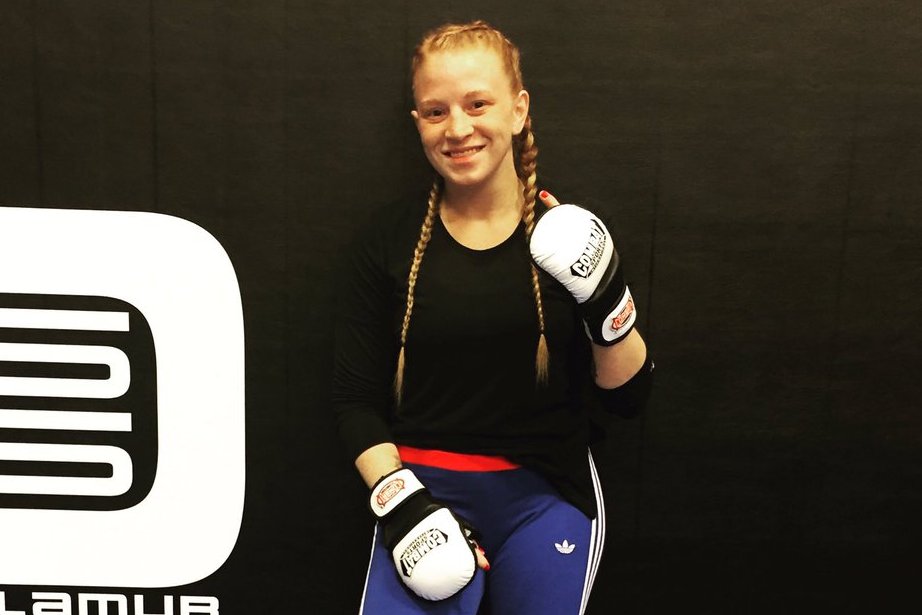 WCFL 20’s Kayla Hracho: Preparing For a Busy and Successful 2018

In today’s era of social media, anyone can become a viral sensation with just one tweet, photo or video. Anyone can be discovered if the right person lays eyes on just a small clip of footage. Little did Kayla Hracho know that one video would change her life for the better.

Hracho, a Redding, Pa., native who comes from a boxing background, is about to begin a stretch in her amateur career where she will compete in two tournaments — one in Florida and one in Panama — including one that provides an opportunity for an Invicta FC contract to the winner.

Hracho had a very tough beginning as she bounced around to different gyms in Pennsylvania. It all started when the East Coast native thought she had lost it all. She lost a job after college, and she packed up and moved home the day she got the bad news. As she tried to process what had just happened, “Kay Rock” went to the gym to take out her frustrations. Hracho went from gym to gym, taking advantage of day passes. She estimates she went to about six gyms in one week. The last gym she stepped foot in was a boxing gym, and that’s where the fighter was born.

“It was always a hard journey, because there’s no opportunity in women’s boxing, so coaches never really took it seriously,” Hracho told Combat Press. “Even if they believed in me, they didn’t really put that much time and effort in with me, ’cause it was like a dead-end dream to follow.”

Despite lack of interest and attention from coaches, Hracho was determined to pursue this dream, no matter what. She continued to move through three or four more gyms, by her estimation. She found a new place to live and a job in each area.

As she began her commitment to boxing, Hracho decided to move to the Bronx, N.Y. She was set to work under the guidance of a well-respected trainer in the area, and she was even willing to live in a space that she compared to a small jail cell where she would have paid $400 a month. However, four days before the move, one video changed everything.

While Hracho was visiting a trainer in New Jersey, a video of Hracho surfaced online and grabbed the attention of former UFC pioneer and American Top Team coach Din Thomas.

Although Hracho was aware of ATT, she had never really considered a career in MMA. A natural scrapper and former collegiate rugby player, she knew she’d be good at MMA, but it was never an interest for her.

She didn’t know much about her eventual coach, the aforementioned Thomas, but a little bit of research and a phone call to a friend led her to reach out to him. What was once supposed to be a move to the Bronx turned into a move to south Florida instead.

“I told him that I was looking for a team to make me a champion,” said Hracho. “I’m willing to put in the work, but I need to be in the right environment. After a short conversation, he asked me, ‘When do you want to come down?’ and I told him I’d be there in two weeks.”

Upon her arrival, Hracho was thrown right into sparring by the veteran coach. It was the first time she had ever had a five-minute round or a wrestling session. After Hracho’s first full week, Thomas gave her the option to stay.

“Just the opportunity to train in a gym like this was all I needed,” admitted Hracho. “To be surrounded with so many training partners and coaches, and I felt like this is where I belonged. Just to have someone like Din on my side. I knew he’d be leading my training, and he’s just been a tremendous mentor through the whole experience.”

Hracho now has an all-star list of professional fighters surrounding and helping her, but she still credits Thomas with providing her with the most help and motivation every single day. Despite the fact that she’s been down at American Top Team for just over a year, the reality of what is happening in her every day life has still not completely set in.

“I tell people all the time, I literally cannot believe this is my life,” said Hracho. “I pinch myself every time I walk in this gym, as I should — it’s very humbling. On those days that I don’t want to train, I wake up and I just think of how blessed I am. I couldn’t be happier with what I manifested for myself.”

On Friday, Feb. 16, Hracho will take part in a tournament at World Class Fight League 20 where the winner receives an Invicta FC contract. Two weeks later, on March 2, she’ll fight in the finals of another tournament taking place in Panama City, Panama.

One video caused Hracho to change everything. She thought she was headed to the Bronx, but she wound up in southern Florida instead. It still doesn’t feel real to her. Inside a gym full of top names that have a long list of accomplishments, she looks to Thomas every day for guidance. She knows that joining this gym and working with this coach is the best decision she’s ever made.

As for her coach? Well, he’s got nothing but high praise for Hracho.

While everyone at American Top Team knows who she is, Thomas has a message for those who haven’t discovered her yet.

“I expect her to have a very prosperous career,” said Thomas. “This game comes with a lot of ups and downs, and I expect her to be able to endure it and make a name for herself.”