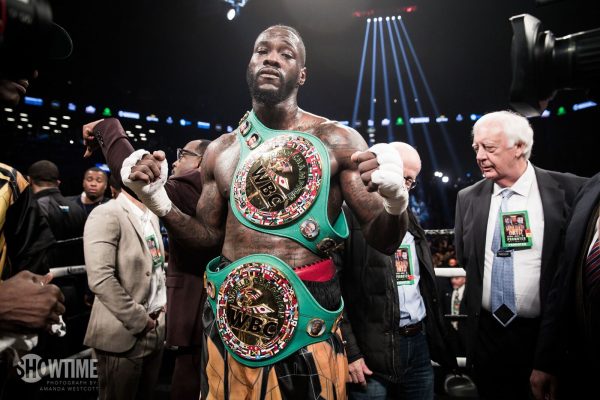 Well, Cristiane “Cyborg” Justino sure is cleaning out the UFC women’s bantamweight division. It’s too bad that the Brazilian is a 145-pound fighter, though. While her victory over Yana Kunitskaya in the UFC 222 headliner was another impressive piece of work for the women’s MMA legend, it was one more defense against a fighter who typically competes a weight class below Cyborg’s featherweight division. Kunitskaya may have entered as the Invicta FC bantamweight queen, but she’s still no match for the likes of Cyborg. The Brazilian has very little competition left, even if we count her fellow top 145ers Julia Budd and Megan Anderson. However, a fight between Cyborg and at least one of those two top contenders needs to be on the docket for the UFC.

How about Brian Ortega? The rising featherweight was the true big winner of UFC 222. Meanwhile, his opponent, Frankie Edgar, was the big loser. Remember, Edgar was supposed to meet Max Holloway in a title fight on the card, but Holloway withdrew with an injury and Edgar chose to fight rather than wait for Holloway. This turned out to be a horrible choice. Ortega’s first-round finish of Edgar likely just nabbed the up-and-comer a crack at Holloway.

UFC bantamweight Sean O’Malley could be a star in the making, but his finishing rate has hit the skids since he entered the Octagon. The 23-year-old stopped all but one of his opponents outside of the UFC, but he’s gone the distance in his first two Octagon outings, including in his UFC 222 main-card encounter with Andre Soukhamthath.

Stefan Struve can’t find an ounce of consistency. The nearly 7-foot-tall heavyweight once topped future UFC champ Stipe Miocic in 2012, but now he can’t seem to win more than two fights in a row. After a disappointing performance against Alexander Volkov last year, Struve seemed poised to rebound against Andrei Arlovski, a veteran fighter with an iffy chin. However, Arlovski edged Struve over three rounds to score the decision.

Ketlen Vieira and Mackenzie Dern are moving up the women’s rankings in their respective divisions. Vieira topped Cat Zingano by split decision at UFC 222, while Dern did the same to Ashley Yoder. Vieira’s a top-10 bantamweight at this point, whereas Dern still has to develop a more rounded game before she can make much headway in the strawweight division.

Alexander Hernandez really made the most of his short-notice call-up to fight Beneil Dariush on the preliminary card of UFC 222. He picked up a “Performance of the Night” bonus for his brilliant knockout finish. That’s one helluva first impression on the big stage.

Darrion Caldwell kept on rolling with his first-round submission finish of Leandro Higo in the Bellator 195 headliner. Caldwell successfully defended his bantamweight title with the victory. Higo, a former Resurrection Fighting Alliance and Legacy Fighting Alliance champion, has failed in two Bellator title bids. Caldwell has now topped the likes of Higo and Eduardo Dantas. The champ also previously avenged his only loss, which came at the hands of Joe Taimanglo. He appears to be head and shoulders above his peers in the Bellator bantamweight division.

Speaking of Taimanglo, he eked past Joe Warren in the co-headliner of Bellator 195. This could set up trilogy fight between Caldwell and Taimanglo.

Multiple-division King of the Cage champ Juan Archuleta made his Bellator debut on the main card of this weekend’s event. He decisioned William Joplin to get off to a strong start. Keep an eye on this guy.

Mamed Khalidov is still among the top 15 middleweights in the world, but he didn’t fare so well when he stepped up to compete in a 203-pound catchweight contest at KSW 42 against the league’s light heavyweight kingpin, Tomasz Narkun. Narkun submitted Khalidov in the third round of the headlining affair.

Fellow top KSW fighters Mateusz Gamrot and Ariane Lipski continued their winning ways at the KSW show. Gamrot climbed to 14-0 while once again defending his lightweight crown, this time with a fourth-round submission of Grzegorz Szulakowski. Lipski went the full five rounds against Silvana Gómez Juárez in defense of her women’s strawweight title.

Robert Watley made another successful defense of his LFA lightweight championship at the promotion’s 34th event, where he took a decision nod over Brandon Jenkins. Perhaps now Watley will receive his chance inside the UFC. He’s not fond of taking short-notice offers, so it all depends on what the UFC is willing to give him.

Wu Lin Feng held a 67-kilogram qualification tournament that featured top-10 featherweight Ilias Bulaid, top prospect Hasan Toy, and Chinese fighters Xie Lei and Feng Jie. Bulaid topped the always game Lei by decision in the semifinals, but he broke his hand in the process. Despite the injury, Bulaid met Toy in the finals. Toy picked up the biggest win of his career with a close decision victory. Toy is now set to meet Wu Lin Feng champion and top-10 fighter Yang Zhuo.

Popular heavyweight kickboxer Badr Hari returned to the ring against former rival Hesdy Gerges at GLORY 51. Hari won more of the exchanges in a close back-and-forth battle to pick up his first victory since 2015. Hari took to the microphone following the contest to remind the fans of his past success in rematches. “If you give me a second chance, I will beat you up,” he said. When asked about GLORY heavyweight champion Rico Verhoeven, Hari suggested that there was going to be another rematch coming next.

Eyevan Danenberg took out skilled Muay Thai stylists Jimmy Vienot and Thongchai Sitsongpeenong en route to winning the GLORY welterweight contender tournament. The former FFC champion now holds five victories in his six GLORY contests. Danenberg is set to take another step up in competition, but a fight with another victor from the card, Mohammed Jaraya, could be just as intriguing.

Danenberg wasn’t the biggest win in the welterweight division on the night. That claim has fallen on Azerbaijan’s Alim Nabiyev, who took out former GLORY champion Cedric Doumbe by decision. In just three fights, Nabiyev has risen to the top of the welterweight rankings with victories over two former champions (Doumbe and Nieky Holzken).

The ridiculous narrative that Deontay Wilder is overrated and hasn’t beat anybody can finally be put to rest. The Alabama native and WBC titleholder put away challenger Luis Ortiz in the 10th round in what turned out to be the most exciting heavyweight contest since last year’s bout between Anthony Joshua and Wladimir Klitschko. Wilder proved he can overcome adversity after Ortiz staggered the champion in the seventh round. He also showed his knockout power is a natural gift that is not to be taken lightly.

The win moves Wilder’s record to a perfect 40-0, with 39 of those wins coming by knockout. Ortiz suffered his first professional loss, but the Cuban boxer should still remain a tough out with the power and slick style he brings even at age 38.

In the co-headliner of the evening, Jose Uzcategui became the IBF super middleweight champ after defeating Andre Dirrell by corner stoppage in the eighth round. It was a rematch from their May 2017 fight in which Uzcategui was disqualified for hitting Dirrell after the bell. There was no controversy this time around. Dirrell was outmatched and outclassed from the beginning.

Elsewhere, HBO held a boxing event. You may have missed it, because HBO has done little to promote many of its recent boxing events. Sergey Kovalev made his 2018 ring debut on the card and made easy work of his challenger, Igor Mikhalkin. Kovalev remained the WBO light heavyweight champion with the victory.

Dmitry Bivol walked away from the HBO card as the biggest winner. He defeated Sullivan Barrera to retain his WBA light heavyweight title. Bivol finished Barrera in the 12th round and was never in any danger during the fight. He was comfortably ahead on the scorecards at the time of the stoppage. The win should set up bigger fights for Bivol, including a possible match-up with Kovalev.