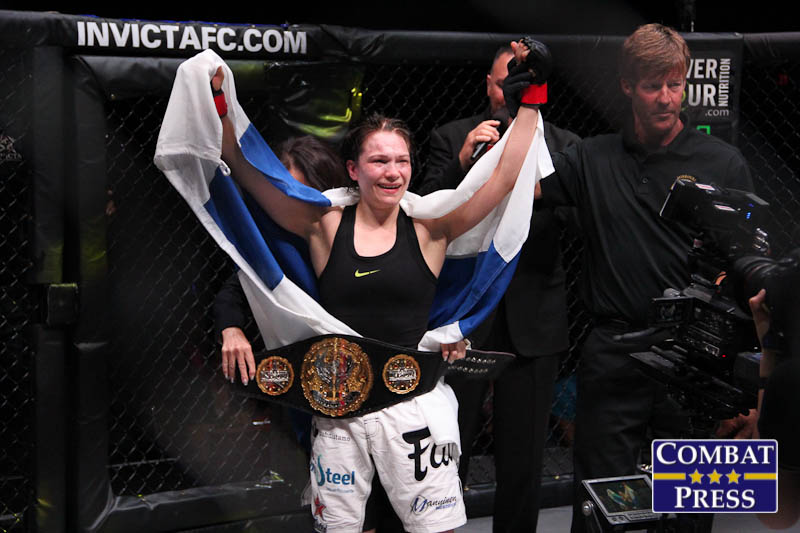 The all-women’s promotion will hold its 12th event at the Municipal Auditorium in Kansas City, Mo., on Friday, April 24. The event will air live on UFC Fight Pass.

The fight card will mark the organization’s return to its base of operations, where it held its first eight events. Over the last six months, however, Invicta has held events in Davenport, Iowa, Houston and Los Angeles.

Finland’s Kankaanpää captured Invicta gold at Invicta FC 8 in September with a fifth-round submission win over Stephanie Eggink. The 33-year-old has amassed 10 wins in her 12 career fights and will look to defend her 115-pound belt for the first time. The “Killer Bunny” has tasted defeat just once, against current UFC fighter Joanne Calderwood at Invicta FC 7.