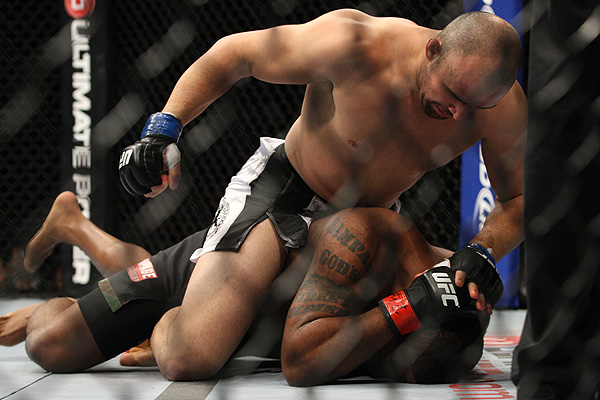 The UFC’s first visit to Brazil in 2015 has a headliner.

On Thurday afternoon, UFC Brazil confirmed the main event for UFC Fight Night 61, as former light heavyweight champion Rashad Evans will make his return to the Octagon when he takes on former title challenger Glover Teixeira in Brazil on Feb. 22.

Evans, who last fought in November of 2013, will return to the Octagon riding a two-fight winning streak. His last fight came at UFC 167 when he took on another former title challenger, Chael Sonnen. The fight proved to be Sonnen’s last fight for the UFC, as Evans battered him for a first-round TKO victory. Evans is 3-2 in his last five fights.

Teixeira will be entering the fight coming off a loss to Phil Davis at UFC 179 on Oct. 25, 2014. The Brazilian is now on a two-fight losing streak, with the other loss coming at the hands of current UFC light heavyweight kingpin Jon Jones at UFC 172 in April of 2014. This will mark the second consecutive fight in Brazil for Teixeira.

UFC Fight Night 61 is scheduled to take place on Feb. 22, 2015 at the Ginásio Gigantinho in Porto Alegre, Rio Grande do Sul, Brazil. Also on the card, Cezar Ferreira takes on Sam Alvey in a middleweight bout and Adriano Martins will face off with Rustam Khabilov in a lightweight affair. The card, which takes place on Sunday, is expected to air on Fox Sports 1 .