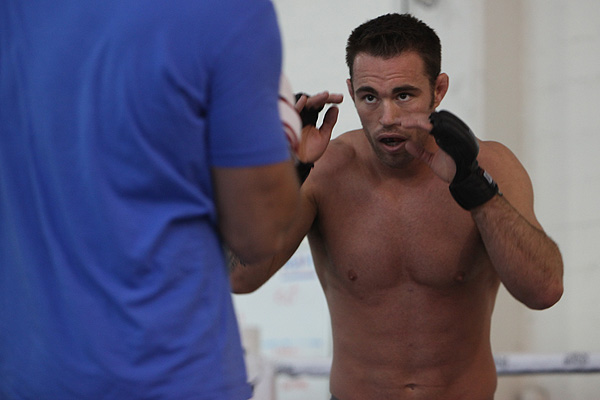 WSOF 22’s Jake Shields: ‘He Deserves to Be Hurt’

“He deserves to be hurt.”

Those are the words of 36-year-old Jake Shields. The veteran fighter takes on Brazilian Rousimar Palhares for the World Series of Fighting welterweight title at WSOF 22 in Las Vegas on Saturday, Aug. 1.

After 40 professional fights, the former Strikeforce titleholder and UFC title challenger is ready to add another belt to his collection. But, to do that, Shields must face one of the most lethal submission fighters in the sports. Palhares has earned a reputation as a dirty fighter for holding leg locks far too long. In fact, it’s what sent Palhares packing from the sport’s highest stage.

Shields has responded by training with Renzo Gracie in New York ahead of the title affair. Already a decorated grappler himself, Shields has never been submitted in MMA competition. He’ll look to continue that streak when WSOF visits the Planet Hollywood Resort and Casino on Aug. 1.

Above is a video preview, as well as an interview with Shields (courtesy of World of Series of Fighting).