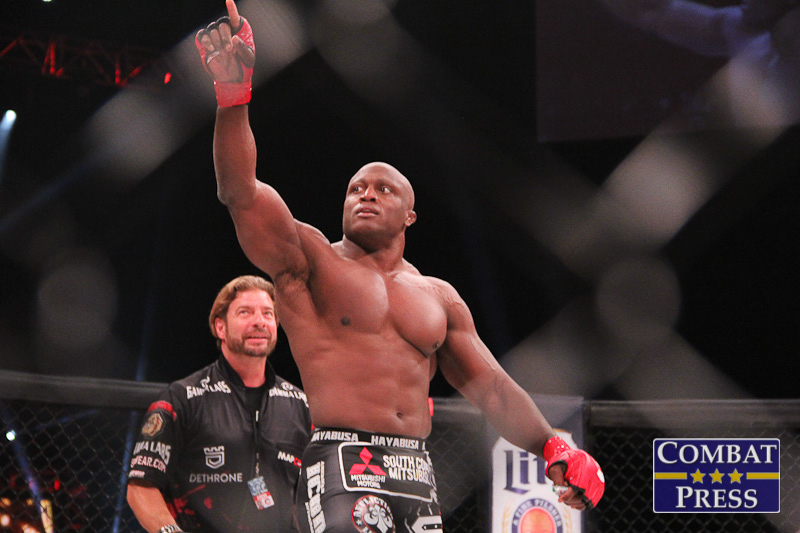 If you answered “no one,” you receive a gold star. You’re not too far off either if you answered, “There’s a heavyweight champion in Bellator? If you simply don’t know, well, I’ll give you partial credit.

The point is, no one currently holds Bellator’s heavyweight title. However, there are plenty of candidates worthy of the crown. Bellator President Scott Coker should reach into Bellator’s past to determine its future champion.

The most recent heavyweight champion in Bellator was Vitaly Minakov, an undefeated Russian whose last title defense in Bellator was a decision victory over Cheick Kongo in 2014. Minakov and Bellator couldn’t agree on terms for a new contract, and so Minakov was eventually stripped of the belt in May. Coker said recently that Bellator would crown a new champion by the first quarter of 2017.

Coker and Bellator matchmaker Rich Chou’s touch has been pretty golden since they came on board with the company in 2014. Although they did away with Bellator’s old tournament format to determine champions and No. 1 contenders, there’s nothing that says they can’t embrace a bit of nostalgia. I mean, Crystal Pepsi was brought back too, right? Puff Daddy and The Bad Boy Family are on a reunion tour right now also. So who doesn’t love a dose of the good ol’ days?

Bellator’s been down this road before, in a way. During its first Dynamite card last year, the organization held a one-night tournament to determine the No. 1 contender to light heavyweight champion Liam McGeary’s title. That tournament was won by recent free-agent signing Phil Davis.

Bellator’s heavyweight roster is thin compared to some of its other divisions, most notably featherweight and lightweight. However, Bellator’s depth chart of big men does feature eight heavyweight championship candidates, which is more than enough for a tournament. How would these candidates match up in a hypothetical tournament? I’m glad you asked.

This would be a bout between two heavy hitters who have been around longer than most of us realize. Gormley was actually the reigning Titan FC heavyweight champion when he signed with Bellator in 2015. Wren recently returned to MMA after doing missionary work in Africa, and his possible run to a world title would be one of the more inspiring stories MMA has ever seen.

Johnson and Queiroz are coming off losses to aforementioned fellow heavyweight Kongo, but Queiroz won his previous two fights via submission and knockout and Johnson won his previous three. Both men would be eager for redemption and to show that they’re better than how they performed against Kongo.

Adding Lashley to a tournament would bring it some extra attention, given his dueling career in TNA Wrestling. It’s obvious Bellator wants to make Lashley one of its big stars. Mitrione was another one of the organization’s marquee free-agent signings from the UFC. Some fans might want to see these two square off for the actual heavyweight title, but this would be a good way to start the tournament with a bang.

This would be an intriguing bout between two longtime veterans. Kongo seems to have settled in nicely to his surroundings in Bellator. He has only lost twice since joining the company in 2013. Kharitonov has yet to have his first official bout for the organization, but he does boast a five-fight winning streak that stretches over five years. Kharitonov has already faced some of the best heavyweights in the world, too.

It would be tempting for Coker and Chou to just randomly select two heavyweights and put them in the cage to fight for the belt. Given their approach to promoting other fights for Bellator, that wouldn’t be too much of a stretch. However, if Coker decides to use the language of crowning a new heavyweight champion by the “first quarter” of 2017, that leaves him some wiggle room.

Coker is all about putting on fights the fans want to see. Up to now, he’s done a pretty good job of that. However, this doesn’t mean he can’t take inspiration from Bellator’s past to help shape its future.