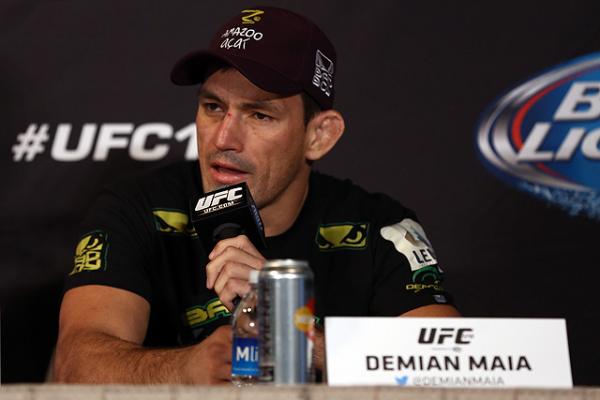 On Saturday, March 21, the UFC will host UFC Fight Night 62: Maia vs. LaFlare from the Maracanazinho Gymnasium in Rio de Janeiro, Brazil.

In the night’s main event, former middleweight title challenger Demian Maia will continue his run at welterweight as he takes on the unbeaten Ryan LaFlare. The Brazilian Maia got back in the win column in May with a unanimous decision win over Alexander Yakovlev. That win snapped a two-fight skid. LaFlare, meanwhile, has amassed 11 wins to kick off his career, including four straight inside the Octagon. The New York fighter has stopped seven of his wins before the final bell.

The co-main event features another former title challenger in Josh Koscheck, who steps in on short notice to take on Erick Silva. The veteran Koscheck suffered his fourth straight loss at UFC 184 just three weeks ago, but replaces an injured Ben Saunders. Brazil’s Silva has alternated wins and losses over his nine-fight UFC career and will look to build on the momentum of his 75-second submission of Mike Rhodes in December.

Above is live video of the event’s post-fight press conference which kicks off approximately 30 minutes after the main event between Maia and LaFlare comes to a close (courtesy of the UFC).