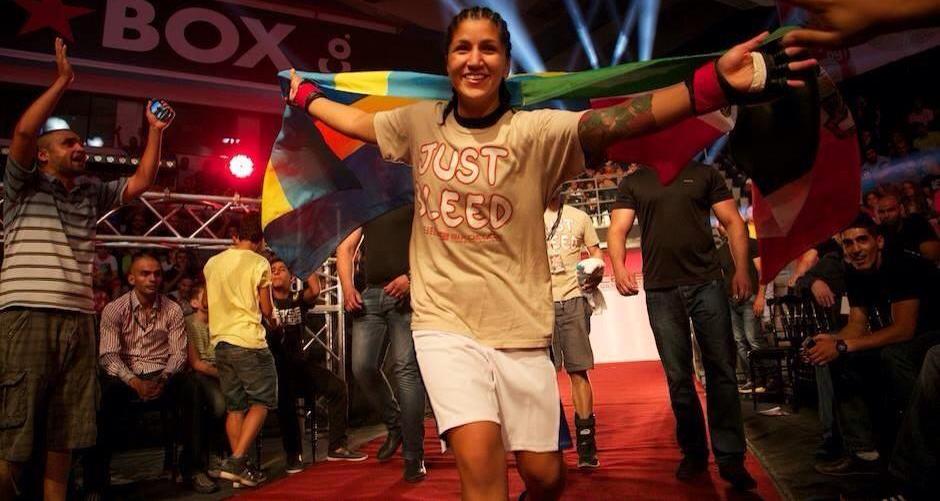 The all-women’s promotion has revealed that it has inked undefeated fighter Pannie “Banzai” Kianzad to compete in its 135-pound division.

The 23-year-old Kianzad was born in Iran, but moved to Sweden at a young age. She began competing as an amateur boxer at the age of 13. After 30 bouts in the ring, she turned her attention to MMA in 2010. After finding success in shootfighting and as an amateur, Kianzad turned pro in 2012.

Fighting out of Rumble Sports in Copenhagen, Denmark, Kianzad began her career as a featherweight and quickly established herself as one of the best female fighters in Europe. She holds wins over current UFC fighter Milana Dudieva and Bellator MMA’s Annalisa Bucci. Three of her seven career wins have come via TKO.

In 2014, Kianzad dropped to bantamweight. She captured the vacant Cage Warriors bantamweight title in November with a unanimous decision win over Finland’s Eeva Siiskonen.

At this point in time, no official date has been determined for Kianzad’s Invicta debut. Currently, the Invicta FC bantamweight belt is vacant after former champion Lauren Murphy moved on to the UFC.