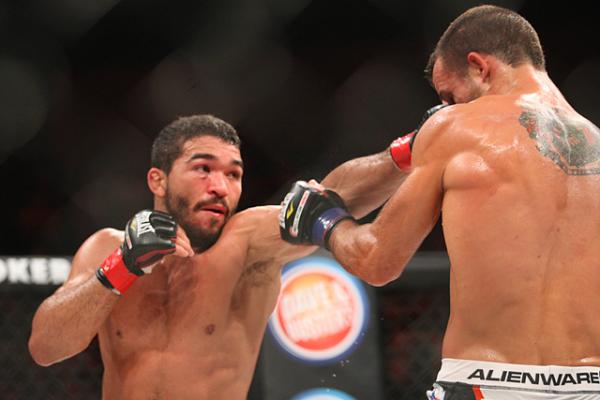 Bellator Returns With New Format, But Will It Be Enough?

Bellator MMA kicks off the new year with its 132nd event this Friday from the Pechanga Resort and Casino in Temecula, Calif. In addition to being the first Bellator event of 2015, it will also be the first event in the company’s new monthly format, a drastic departure from the previous schedule of one event per week during thrice-yearly seasons. Coupled with the elimination of tournaments to determine challengers at each weight class, will these changes be enough to vault Bellator out of the mire it had been caught in? Or is Bellator 132 simply more of the same?

Upon his arrival in June 2014, new Bellator President Scott Coker was quick to announce elimination of the weekly format in favor of a more traditional monthly schedule. With the elimination of the Bellator tournament system, every title shot was no longer “earned, not given,” and weekly shows were no longer necessities.

Along with a plethora of other issues, weekly shows left plenty of spaces to fill on each card, and generally not a lot of talent to fill them. While there was a card each week, oftentimes there might have been only one fight of any real interest to the casual fan. As with any MMA endeavor, the casual fan is the key to success. One only has to look at such fights as Fedor Emelianenko vs. Brett Rogers, Cristiane “Cyborg” Justino vs. Gina Carano or any time Nick Diaz fought in Strikeforce to see that Coker knows how to attract the casual fan as well as anyone.

So, does Bellator 132 have enough to attract the casual viewer? While certainly not a pay-per-view-worthy card, Bellator 132 still remains leaps and bounds above any previous weekly card offered under the tournament system. Headlined by a rematch four years in the making, the ever violent Patricio “Pitbull” Freire makes the first defense of his Bellator featherweight title against former champion Daniel Straus. Freire has always been among the most brutal and exciting featherweights in all of MMA, and a win by either man will go a long way toward legitimizing the victor’s career.

In the co-main event of the evening, Georgi Karakhanyan returns to Bellator after a brief reign as the World Series of Fighting featherweight champion. He will take on up-and-coming prospect Bubba Jenkins. Jenkins won the 2011 NCAA Division I Wrestling Championship at 157 pounds and has been on a slow but steady climb through the Bellator ranks ever since. Karakhanyan will prove the stiffest test for the young Jenkins, and a win could graduate him from prospect to contender.

Rounding out the main card is a light heavyweight rematch between former UFC brawler Houston Alexander and Virgil Zwicker, as well as a welterweight feature bout between veteran Marius Zaromskis and the hard-charging Fernando Gonzalez. Gonzalez has been on a roll of late, having recently dispatched MMA legend Karo Parisyan and former Bellator tournament winner Karl Amoussou. Zwicker and Alexander fought to a majority draw in October 2014. Also of note, the closing bout of the prelims features a middleweight showdown between Dustin Jacoby and John Salter, two fighters that boast a combined 95 percent finishing rate.

Compared to the majority of Bellator’s past weekly shows, Bellator 132 this Friday certainly seems like a strong start to 2015. Although it might lack any of Bellator’s most popular stars, the card itself does not lack for talent, something past shows could not always say. 2015 will mark the first full year under Coker, and the first in which Coker is not beholden to any decisions made by the past regime. With a title fight featuring arguably its most violent star, plus bouts featuring rising contenders and known UFC veterans, Bellator 132 should entertain the casual as well as hardcore MMA fan.