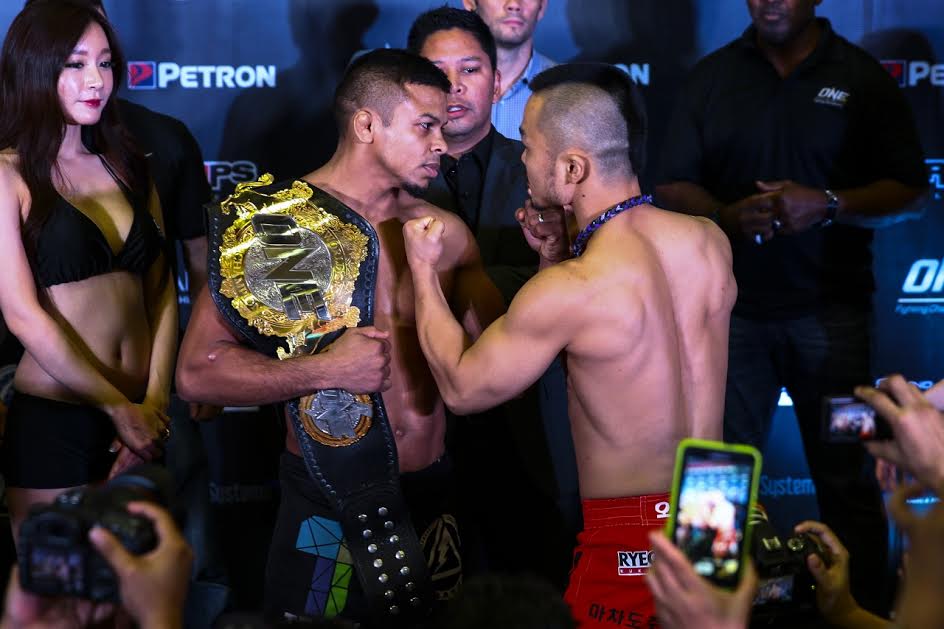 On Thursday, Dec. 4, ONE Fighting Championship hosted the weigh-ins for its 23rd event, dubbed Warrior’s Way, which takes place Friday, Dec. 5, from the Mall of Asia Arena in Pasay, Philippines.

In the night’s main event, the promotion’s bantamweight title will be on the line as champion Bibiano Fernandes takes on Dae Hwan Kim. The Brazilian Fernandes rides an eight-fight winning streak into the title defense, including wins in all four of his appearances in the ONE FC cage. South Korea’s Kim has never tasted defeat through his first 11 fights. He earned his shot at gold with a first-round submission win over Kevin Belingon in March.

The co-main event of the evening features the promotional debut of former UFC fighter Brandon Vera, who takes on Ukrainian Igor Subora. The 37-year-old Vera will look to get back in the win column after a rough stretch over the last five years. Subora, who is currently on a five-fight winning streak, will look to play spoiler.

The card also features the debut of submission ace Roger Gracie, who faces off with fellow UFC veteran James McSweeney in a light heavyweight affair.