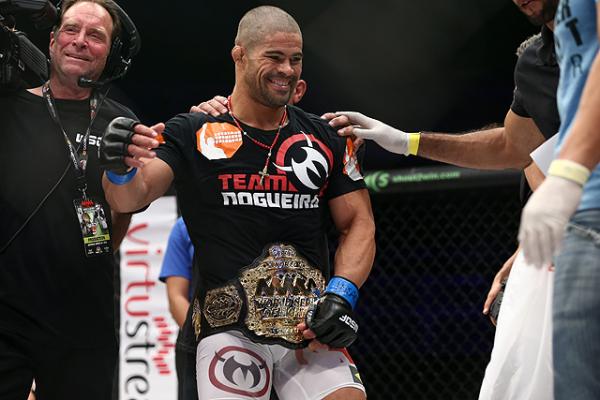 World Series of Fighting today announced that it will head to Sacramento, Calif., on Saturday, Dec. 13 for WSOF 16 from the McClellan Conference Center.

Palhares, who is riding a two-fight winning streak and is 3-2 in his last five fights, will be making his first title defense. Palhares captured the title at WSOF 9, finishing Steve Carl with his most famous and most dangerous submission, the heel hook, in the first round. This will mark the second appearance under the WSOF banner for the Brazilian.

Palhares’ opponent, Fitch, is also riding a two-fight winning streak and is also 3-2 in his last five fights. Fitch last fought for WSOF when he took on Dennis Hallman at WSOF 11,  in Daytona Beach, Fla., winning by unanimous decision. Prior to that, Fitch beat Marcelo Alfaya by split decision at WSOF 6 in October of 2013.

The co-main event will see a battle between featherweight stand-outs Glenn and Palmer for the WSOF featherweight title. Glenn, who is unbeaten in his last 13 fights, last fought at WSOF 10 when he took on Georgi Karakhanyan, winning by TKO after Karakhanyan was unable to continue after the second round.

Palmer, who will be looking to put a winning streak together, also last fought at WSOF 10 when he took on Nick LoBosco. In the fight with LoBosco, Palmer was able to get the finish with a rear-naked choke in the first round. Palmer’s lone loss came against Karakhanyan by way of guillotine choke at WSOF 7.

Two additional main-card bouts will be announced at a later date, as well as the night’s preliminary card. The live, four-fight NBC Sports Network telecast will begin at 9 p.m. ET on Dec. 13.