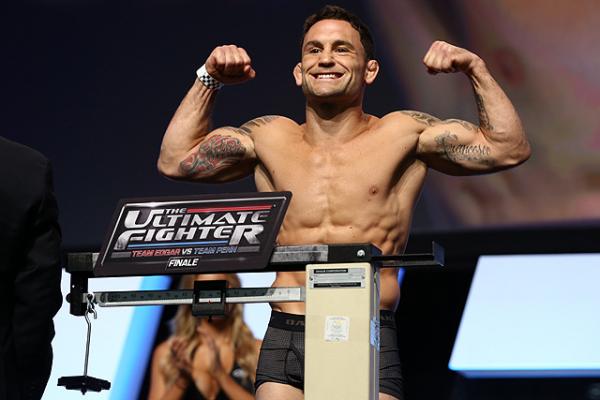 On Friday, Nov. 21, the UFC hosted the weigh-ins for UFC Fight Night 57: Edgar vs. Swanson which takes place Saturday, Nov. 22, from the Frank Erwin Center in Austin, Texas.

In the night’s main event, former lightweight champion Frankie Edgar will look to earn another crack at featherweight gold as he takes on the hard-hitting Cub Swanson. Edgar enters the contest riding the momentum of back-to-back wins over B.J. Penn and Charles Oliveira. Swanson, meanwhile, will step into the Octagon as one of the hottest fighters in the division. The 31-year-old has reeled off six straight wins, including four by some form of knockout.

The co-main event will feature a lightweight contest between Bobby Green and Brazilian Edson Barboza. The Strikeforce veteran Green has yet to taste defeat in the Octagon and rides an eight-fight winning streak into the bout. Barboza rebounded from just the second loss of his career with a dominant TKO win over Evan Dunham in July.