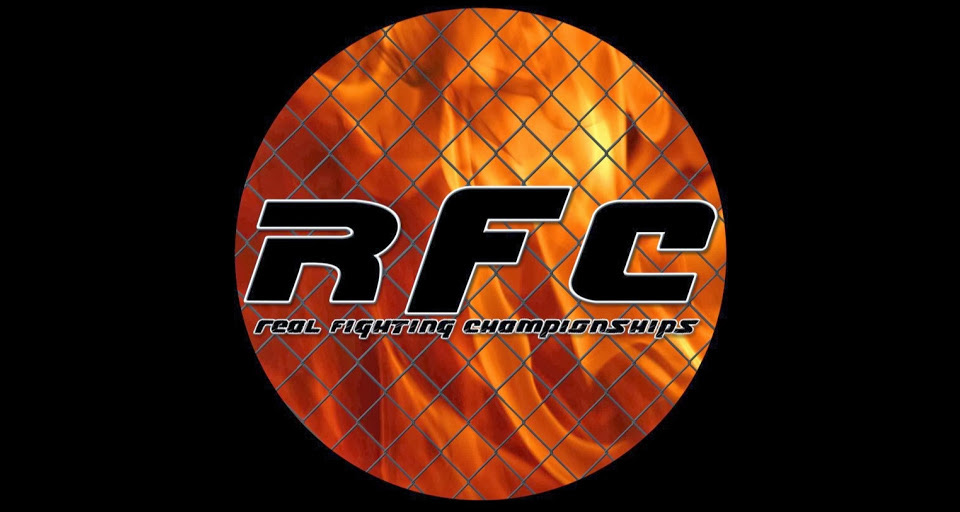 On a beautiful Friday night in Florida, Real Fighting Championships hosted its 32nd event, dubbed Mayhem, from the A La Carte Event Pavilion in Tampa, Fla.

The card featured fighters making their pro debuts and others continuing their careers in hope of earning their way to the next opponent and test.

The action started off with a dominating performance by wrestler Ladarious Jackson of New Port Richey by way of Ocala. He dominated all three rounds and won by unanimous decision. His opponent Julian Bryan was game but seemed undersized. He was able to score with big leg kicks and tried for a triangle in the third, but the fight was almost all Jackson and his control from the top.

The second fight started off similar to the first with wrestler Dex Christmas not wanting to stand and going for an almost immediate takedown. But his opponent Abby Velazquez was able to stuff his first two attempts. Christmas persisted and ended up controlling the rest of the round, but was unable to do any damage. Velazquez was able to land power punches from the bottom. In round two, Velazquez was prepared for Christmas’ takedowns and able to end up on top almost every time. They put on a grappling clinic as they reversed each other multiple times, both going for submissions and landing some ground and pound. Round three found Christmas looking gassed and telegraphing his takedown attempts. Velazquez was able to gain full mount in the scramble, taking the back of Christmas and sinking in a rear-naked choke.

Both fighters came in overweight for the third fight which was supposed to take place at 135. After a short exchange of strikes Charles Kessinger shot for the takedown and immediately started looking for a kimura. Rory Every was able to get out of it and transition into an armbar that finished the fight at 1:01 of the first round.

The beginning of the fourth fight was very similar to the third, after a brief exchange Dan Martinez scored a takedown after jockeying for position along the cage. His opponent, Calen Holcomb, was able to stand up almost immediately. On the way up he swung hard and caught Martinez’s shoulder and Martinez answered with some big swings of his own. Martinez landed a big right and Holcomb answered with a takedown attempt but ended up a tight guillotine. Holcomb tapped just 61 seconds into the first round.

Fight number five almost kept the immediate takedown trend alive, but when Matt Ferraiolo went for the double-leg, Mike D’Angelo was able to stuff it and keep the fight standing. D’Angelo had heavy hands and was able to score some big shots. They ended up on the ground and D’Angelo sunk in a fight-finishing rear-naked choke at 2:15 of the first stanza.

The sixth fight was a catchweight of 160 pounds as both fighters came in overweight. Mike Morris hadn’t fought MMA in six years and his last Muay Thai fight was four years ago. Morris stalked his opponent James Wynn around the cage to begin the fight; Wynn looking for openings. Morris got Wynn in a guillotine, but Wynn escaped. Morris passed to side control but Wynn was very active from the bottom and was able to get Morris back into guard. But that was short-lived as Morris passed Wynn’s guard to full mount. Morris rained down heavy ground and pound. Wynn tried to find cover, turtling up after and giving up his back. The fight was called at 2:53 in the first round due to TKO.

Luis Zequiera was slated to fight three different fighters before Aron Bland stepped up to take the fight will only two weeks’ notice. The fight started with both fighters trading quickly. Bland landed a hard right cross which seemed to awaken Zequeira who unleashed a flurry of accurate strikes. It was a right hook, right hook, uppercut to end the fight just 37 seconds into round one, giving Zequeira the TKO win.

In a catchweight of 150 pounds, Jason Valle looked unwilling to stand with Aalon Cruz who had a distinct height and reach advantage. Valle pulled guard and started working for an armbar. Cruz answered with a big body slam which somehow opened a cut on Valle’s cheek. Valle was active from bottom, looking for a triangle. Valle transitioned into a heel hook and Cruz appeared to be in big trouble but somehow fought his way out of it and back into top position in guard. At the 20-second mark he again slammed Valle into the mat and then unleashed a flurry of heavy hands until the bell.  The second round found both fighters more willing to feel each other out and find their range; Cruz rocked Valle with brutal leg kicks and Valle landed a double-leg takedown. The lanky Cruz found a triangle choke from his back and landed hard elbows to Valle’s head before he finally tapped out at 2:06.

The co-main event of the evening had two very game heavyweights. At 6-foot-5, Ronnie Phillips towered over the 5-foot-11 Alonzo Roane. The fight started with Phillips landing hard kicks from outside and Roane shooting for the double-leg but Phillips proved elusive and was able to quickly stand up. Phillips swung wildly but Roane scored another takedown. Roane drove Phillips across the cage, got the double and put a huge body slam on Phillips, ending in side control. But Phillips again was too much for Roane to keep down. Phillips took his frustrations out on Roane’s front leg with vicious attacks. Roane kept his hands down, literally egging Phillips on and Phillips obliged with another leg kick which was exactly what Roane wanted. He caught the leg and landed on top of Phillips and ended the round with a barrage of ground and pound. Round two opened with Phillips picking Roane apart with jabs and kicks. At the one-minute mark, Roane was able to get the takedown. Most of the round saw both fighters stalling and fans yelling for the ref to stand them up. Phillips eventually worked his way back to the feet but not for long. Roane got to full mount, then took the back of Phillips late in the frame. Phillips made adjustments to start round three as he kept jab active and threw no kicks. He repeatedly landed the jab followed by right uppercut and Roane has no answer. More jabs, followed by a barrage of five unanswered uppercuts cause Roane to fall to his knees. Phillips swarmed and the referee stopped the contest.

The main event of the evening was a highly anticipated battle at welterweight. Cesar Rizo and Brad Taylor began trading hard kicks from the opening bell and looked for openings. Rizo was able to catch a kick but was unable to secure the initial takedown due to Taylor’s amazing balance. Eventually, though, Rizo was able to get a single-leg and landed in half guard. Rizo attacked with a guillotine but Taylor pulled his head out. Round two opened with both fighters coming out on fire.  Rizo immediately going for a takedown but Taylor landed a huge hip throw into a full mount. Taylor realized his opportunity and landed huge strikes from the top. Rizo had enough and tapped out 65 seconds into round two.